One of my favorite British terms is describing a situation as having gone “pear shaped” which means it has gone terribly wrong, usually from good intentions. This phrase is particularly apropos when it comes to the latest release from Penhaligon’s called Tralala. 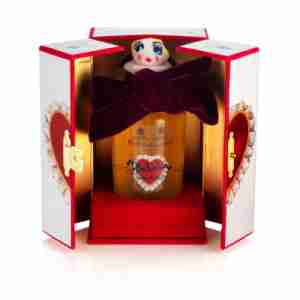 Penhaligon’s is a venerable old school English perfume line and in the last five years or so has really reclaimed a vital spot in the niche world. Perfumer Bertrand Duchaufour has been creating new perfumes and reformulating some of the historical ones. It is in my estimation a great success story but the latest release is a good example of when a brand forgets what makes it special and attempts to reach out for a different audience.

For Tralala Penhaligon’s wanted to up their hipster credibility and the first step to doing that was asking fashion designers Meadham Kirchoff to act as creative directors. Penhaligon’s has scented their runway shows at London Fashion Week and so they had some familiarity with the line. The latest collection for Fall 2014 recalled prewar Parisian fashion. M. Duchaufour has a way with Retro Nouveau fragrances. Seems like a team made for success, except for the name. The name is where it all begins to go south. 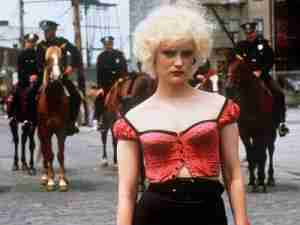 Jennifer Jason Leigh as Tralala in Last Exit to Brooklyn

In an article in Cosmopolitan announcing the fragrance Meadham Kirchoff alluded to the name being taken from the character in the movie “Last Exit to Brooklyn”. For those unfamiliar with that movie or the character Tralala, played by Jennifer Jason Leigh, ends up in a horrific plight and it is something nobody would want to associate with perfume. If you need to know more check out the Wikipedia entry for the novel and under synopsis read the description for Tralala. This is where the attempt to reach for that desired hipster credibility fell apart around them. I am pretty sure they just saw a picture of Tralala like the one above and thought “Yeah there’s our poster girl.” Until people started mentioning this after the Cosmopolitan article came out. On both Now Smell This and Basenotes, Matthew Huband of Penhaligon’s PR department went into spin mode and released this statement; "Hello all, I’m the head of marketing at Penhaligon’s, We’d just like to clarify that the name Tralala is simply an innocent and musical expression which reflects the fragrance. The perfume is rich, whimsical and nostalgic in Penhaligon’s best tradition, as you’d expect.”

Except I’ve smelled the fragrance and “rich, whimsical, and nostalgic” doesn’t accurately describe it. The adjectives I would use are “dangerous, edgy, and retro”. Which is where the disconnect happens; this fragrance clearly is going for this danger as whisky, leather, and patchouli are not the ingredients of nostalgic whimsy. They are exactly as was stated the milieu of Tralala, the fictional character.

This is what happens when a brand forgets about its brand identity and heads off into uncharted territory. All too often a trap door is lurking and everyone involved falls through looking foolish. The most successful perfume brands know that too many missteps like this turn their customers off and I’m pretty sure Tralala will disappear with as little notice as can be managed. I hope that the next time someone at Penhaligon’s wants to go for hipster cred they just remember that isn’t where their success lies.