There have been several acquisitions of some of the founding brands of niche perfumery. For the successful brands which have been acquired by the experienced cosmetics companies it has turned out to see expansion of availability and greater visibility. Of the brands acquired over the last few years; Le Labo, Editions de Parfums Frederic Malle, Atelier Cologne, By Kilian among them it has been a positive. I can say I had worries about the brands losing what made them stand out enough to warrant being acquired. So far, the creative teams have remained in place and the biggest change has been finding new points of sale. Three years on from the first of these I would say any concern has been misplaced because they all have continued to be niche while part of a conglomerate.

In hindsight I can say the experience in marketing and distribution a big beauty brand brings to the partnership makes sense. If you want to see what happens when those who know nothing about the beauty sector decide there is money to be made you just have to look at the acquisition of Clive Christian by a consortium of investment houses led by EME Investments. One big difference is that the brand had fallen into debt and needed an infusion of capital to stay afloat. This is when EME came along with three other investors and bought the brand. 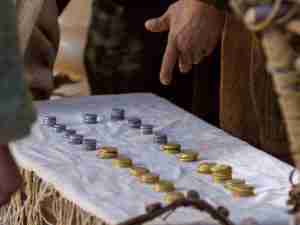 Prior to the acquisition Clive Christian was one of the first ultra-luxe perfume brands. Starting in 2001 they positioned themselves at exclusive stores around the world touting the quality of their ingredients as part of the reason they were so highly priced. For many years they had that part of the new niche sector all to themselves. As the years went by there was more competition for what had to be a limited consumer base.

From 2001 until 2014 they released six pairs of perfumes one each for men or women. Overall, they were a collection which stood for a specific aesthetic centered on luxury and exclusivity which made the modest release schedule part of the larger strategy. Within those twelve releases over thirteen years; one of them, C for Men, is one of my all-time favorites.

Now with the new owners Clive Christian has released 26 (!) new releases since June of 2016. I’ll do the math 26 releases over 15 months. At the same ultra-luxe prices for the most part. There is no reputable perfume brand which would ever take that level of release rate if there was an experienced beauty company behind it. I cannot imagine there is more support for an additional 26 Clive Christian perfumes than there was for the prior twelve.

Worse the whole enterprise cheapens the brand. We can argue about the merits of the perfumes but the way they cultivated their exclusivity and quality matched their aspirations. What does 26 new perfumes communicate? Avon released 25 new perfumes over the same time frame for a tenth of the price…or less. It certainly isn’t exclusivity or quality. 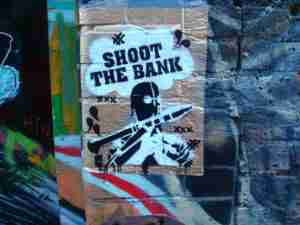 There have been several financial people who have convinced themselves that there are profits to be found in the niche sector. They seemingly misunderstand how much part of the brand reputation plays into the desire to own it. You can’t just say, “look luxury and lots of it” the truth must be in the bottle. In the current collection of 26 these are as cynical a group of perfumes as you can imagine. There is not a single one of them I would want on my skin for any extended period of time.

The answer to “what happened to Clive Christian?” is the moneychangers entered the temple armed with spray paint and covered it with graffiti.

One thought on “What Has Happened to Clive Christian?”