One of my favorite pop culture terms is the one used to refer to actor Matthew McConaughey’s reinvention of his acting career which lead to him winning the Best Actor Oscar, for Dallas Buyer’s Club, a month ago. The term for the winning streak he has been on is “McConaissance”. I like it because it succinctly describes how this lightly regarded romantic comedy actor more known for being People’s Sexiest Man alive in 2005 has become this respected dramatic actor without really changing much of anything but the acting roles he has chosen.

As I was walking around Esxence 2014 I began to realize there is a sort of a fragrance equivalent going on. It started to hit me after spending time with Luc Gabriel of The Different Company talking about the seven fragrances which make up the L’Esprit Cologne Series. It became a little more solid while chatting with Jean-Christophe Le Greves of Thirdman. It finally became a fully formed idea when Etienne de Swardt of Etat Libre D’Orange showed me his new release titled simply Cologne. Yes I’m going there; we are in the midst of a Colognaissance. 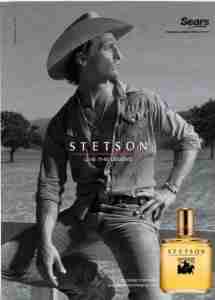 For far too many years cologne was seen as the perfume equivalent of wine in a box. No discerning lover of fragrance would be caught wearing a cologne. Those were the out-dated smells of our fathers who likely wore too much of something like Faberge Brut or Dana English Leather. The cologne was turned into a trifle and a punchline and it pretty much stayed that way for forty years in the US. Even Mr. McConaughey was enlisted as the celebrity face behind Stetson Cologne. This devaluing of cologne never seemed to take place anywhere else in the world. Things got so bad that cologne became synonymous with cheap fragrance. What was needed was a group of creative minds to turn this around. 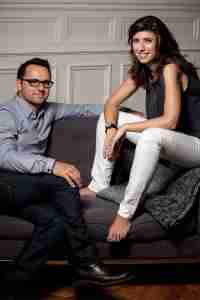 Just as Mr. McConaughey found a way to be cast in roles with more heft Creative Directors and owners of Atelier Cologne, Sylvie Ganter and Christophe Cervasel, created a “new” version called cologne absolue. The cologne absolue was a higher concentration version, pushing 20% perfume oil. What this addressed was one of the perceived issues around colognes, their lack of longevity on the wearer’s skin. By upping the oil percentage and finding a way to retain the cologne architecture and balance Atelier Cologne rapidly began to pick up converts. Atelier Cologne has continued to push the envelope on what a cologne can be, even choosing heavier keynotes like leather or amber and still managing to make a fragrance identifiably a cologne. 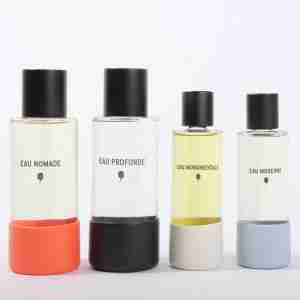 Perfumer Emilie Coppermann working under Luc Gabriel’s creative direction took some of the finest ingredients never found in colognes previously and throughout the seven L’Esprit Cologne Series showed they could be turned into luxurious luminous compositions. Jean-Claude Ellena at Hermes has added four new Eau de Colognes to the original Eau de Orange Verte. Each of these explore a specific duality of two notes and are among some of the best work M. Ellena has done while at Hermes. One of the most recent lines to join the Colognaissance has been Thirdman, under the creative direction M. Le Greves, which has made completely modern colognes meant to be splashed on liberally and often. I kept my bottle of Eau Monumentale in the refrigerator so I could catch a cool splash in the summer.

All of these lines are worth exploring if you have not tried them up until now. I have all of them on permanent rotation once the mercury soars as they all refresh the spirit as a good cologne should do. What is nice is that along with the refreshment there is also a wonderful spread of styles and aesthetics to choose from. As we finally leave winter behind start thinking about joining the Colognaissance the choices have never been better.

2 thoughts on “Welcome to the Colognaissance!”