One of the interesting side effects of being a finalist judge for this year’s Art & Olfaction Awards was I was reminded of other unique perfumes of the past. It lead to me reacquainting myself with a couple of them. The first one which I had to seek out was 1997’s The People of the Labyrinths Luctor et Emergo.

My discovery of this perfume was completely due to the internet forum Basenotes. When I started lurking, too timid to want to place a word in the public record there was a spirited conversation about Luctor et Emergo going on. It revolved around how it smelled synthetic. So artificial it reminded many of those posting of the children’s clay Play-Doh. Someone posted a picture of the bottle which looked like an Erlenmeyer Flask. The chemist was reeled in. I think I swapped for a bottle from someone who found it too different for their taste. When the bottle arrived I wasn’t sure what I was going to get. But in my early days of niche discovery this was the fun about it all. That moment of seeing if something you have read about lives up, or down, to expectations. 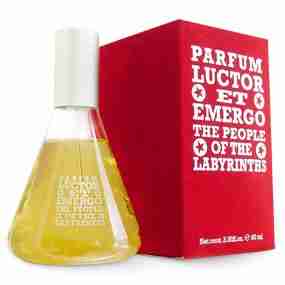 On that day I didn’t know much about the perfumer behind Luctor et Emergo. It would be years later I learned it was Alessandro Gualtieri who is better known for his Nasomatto line. In hindsight it makes sense because Sig. Gualtieri is an aficionado of the unusual in fragrance. Even back in 1997 he was looking to expand the boundaries of what it was that could be considered a perfume. 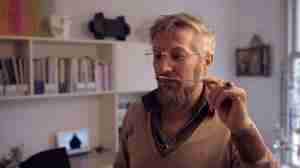 Luctor et Emergo opens with what I have described as a cherries and almond wrapped in cellophane accord. The cherry seems like artificial flavoring. The almond is marzipan-like. Underneath it all is that smell of clean cellophane which also sometimes reminds me of artificial turf. The heart is a mixture of rarely used synthetics, at the time, to create this Play-Doh accord. It picks up on the subtle plasticky vibe from the top and doubles down on it. The cherry embeds itself in the clay. This is where Luctor et Emergo stays on my skin for hours; as if a cherry Life-Saver candy was wrapped in Play-Doh. Later on the most normal part of the fragrance comes out as a bit of incense and woods are the final phase.

I’m not sure I can confidently say that Luctor et Emergo was where I started to find an appreciation for the odd in fragrance. I definitely know it was one step along the path of the evolution of my own personal understanding of what defines perfume. If you’re looking for something to broaden your fragrance horizons check out The People of the Labyrinths Luctor et Emergo.

Disclosure: This review was based on a bottle I own.