If an artist is staying true to their vision and not allowing outside factors in I believe that will lead to a creation that will be polarizing to those who experience it. It is why as success happens it is often too difficult for that artist to not hear the catcalls and sometimes try to alter their vision to appeal. Then there are the very rare examples of those who just don’t let the noise into their aesthetic. There are many in the perfume world who I think have not allowed the detractors to gain sway. One of them was perfumer Mona di Orio. 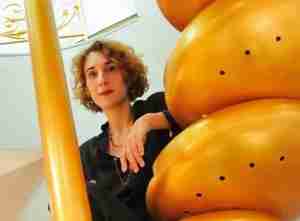 Mme di Orio passed away in 2011 in what I consider to be the peak of her career. I first became aware of her back in 2007 upon the release of her fourth perfume Oiro. There would be three more perfumes in her initial collection. Every one of them did not attempt to be liked by everyone. Instead as a whole the initial collection was a grand statement on Mme di Orio’s desire to work in alternating phases of light and shadow. Using notes that explode in brilliance only to be subsumed by deep animalic shadow this was her signature style. Starting in 2010 she began her Le Nombres d’Or collection and it is here where her star really began to glow incandescently. An unfortunate side effect was the original collection was discontinued. Mme di Orio’s partner Jeroen Oude Sogtoen had always promised the perfume community, even before her death, they would return someday. That day has come and I wanted to make sure that those who might not be familiar with these perfumes don’t miss them. The return will be a slow affair and for 2014 Lux and Nuit Noire are the first to return. 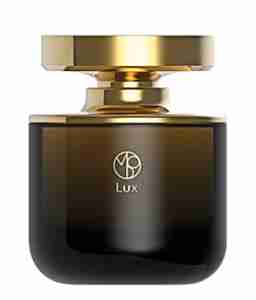 Lux means light in Latin and the top notes of Lux burn like a supernova of intense citrus. Mme di Orio uses lemon, petitgrain, and litsea cubeba. The last note may be unfamiliar to some but it comes from a shrub of the evergreen family and the fruit it produces delivers a textured lemon essential oil. Mme di Orio could have used somewhat less of this but this truly provides olfactory lux as all three notes combine. I always detect a bit of the evergreen floating around underneath and it just might be my imagination but if it is there it would be the litsea providing it. Now here is where these works are not for everyone Lux performs a dramatic pivot as even the brightest light doesn’t banish all shadows and a very animalic musk encased in labdanum, cedar, and sandalwood escape the luminescence. The entire tone changes and it will either enchant you or drive you crazy. I like the tonal shift and I particularly like the woody musky accord. After all of this turmoil Mme di Orio comforts with a soft ambery vanilla late in the development. 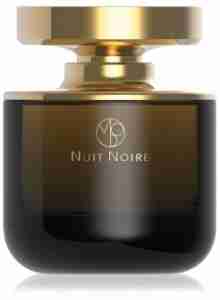 Nuit Noire follows much of the same architecture but instead of extreme brilliance the light here is a floral bouquet of white flowers as tuberose and orange blossom form the floral nucleus. Early on it is a mélange of spice which provides the context. Very early it is a green cardamom and ginger. These particularly play off the slightly camphoraceous facets of tuberose. Clove and cinnamon provide some spiced heat. Then a truly filthy musk arrives and it is this which will make or break one’s enjoyment of Nuit Noire. This musk does not come in on cat’s feet it stomps in with combat boots. What is fascinating is the tuberose doesn’t back down and a fascinating tension between the narcotic white flower and the feral musk collide. This kind of dissonance is an acquired taste to be sure but if it is your taste it just doesn’t get better than this. Unlike Lux Mme di Orio doesn’t look for comfort as she doubles down on the animalic with a raw leather accord as, along with the musk, it kicks the tuberose to the curb.

Lux and Nuit Noire both have 12-14 hour longevity and above average sillage.

If you are only familiar with Mme di Orio from the Le Nombres d’Or Collection, and like them, I urge you to sample these and all of the others as they are re-released. If you have never tried Mme di Orio’s perfumes before these are a great place to see if her vision matches yours.

Disclosure: This review is based on bottles of Lux and Nuit Noire I own and samples of the new 2014 re-releases I received at Pitti Fragranze. The perfumes are identical with no discernable difference.