I’ll admit that the line-up for future Under the Radar columns comes from my standing in front of the shelf of perfumes I am currently wearing. As I look over that shelf, I think that one needs some exposure. January has always been a month where I break out my patchouli heavy hitters. I don’t know what it is, but I have come to like my patchouli-focused scents coming out of the Holidays. I think part of it is as a tonic to the deluge of spring rose perfumes that will be arriving soon. Many perfume lovers look to avoid some of the deeper shades of patchouli. I understand that. The beauty of modern perfumery is perfumers have such an expanded palette of patchouli-based materials there is a patchouli out there for most tastes. Right now I just want a patchouli perfume unafraid to lay it all out there. To draw me into its depths. That perfume is Jovoy Psychedelique. 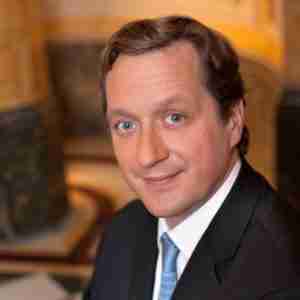 Currently the name of Jovoy and its founder Francois Henin are well-known among those who look for contemporary perfume. M. Henin has been one of the most committed promoters of the independent perfume movement. Opening stores in Paris to display the best of this sector of fragrance. To play it safe he decided he needed his own brand to make sure he had one he knew he could count on. Jovoy was founded in 2011 with an initial collection of six, five of which are still in production today.  I own three of them. Private Label was my first introduction to perfumer Cecile Zarokian. Amber Premier is one of the warmest ambers I own. Psychedelique is the one I spend the most time with; my eyes closed breathing in with a smile. 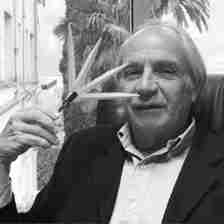 Psychedelique was composed by perfumer Jacques Flori. M. Flori uses a rich source of patchouli as the center of his fragrance. It can make it seem like Psychedelique is a brown paisley pattern where the supporting ingredients lighten or deepen the patchouli in the middle of it all. It is that sense of motion which makes Psychedelique stand apart.

Patchouli has two main aspects to its scent profile; a deep earthiness and a chocolate-like one. M. Flori shifts between the two as the perfume develops. At first it is that earthy quality, but it is kept at a slightly lighter level. A lovely flare of citrus provides points of light amidst the brown. The citrus turns to a dried fruit accord while the patchouli exerts its chocolate nature. This is the part of patchouli that doesn’t get used as much lately. I feel as if I’m sliding across a giant fondant. The earthiness returns for the base. This time it carries the slightly mentholated nature patchouli can show at higher concentrations. Amber and vanilla come to dry things out over the final stages.

Psychedelique has 14-16 hour longevity and above average sillage.

There will be a night, sometime soon, where after I’ve taken care of the Colognoiseur tasks for the day I will spray on some Psychedelique for the rest of the day and to sleep in. I’ll have dreams of being on a sea of brown paisley. If you want to join me put Jovoy Psychedelique on your radar.

One thought on “Under the Radar: Jovoy Psychedelique- Sea of Brown Paisley”