It is a given I have too much perfume. There are some silver linings to it as I spend time moving seasonal appropriate things forward I sometimes bump into something which has fallen off my radar. Back in the fall when I was doing this I reacquainted myself with Ineke Field Notes from Paris. 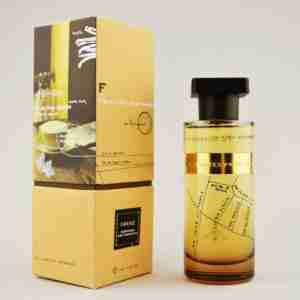 San Francicsco-based Ineke Ruhland began her eponymous brand back in 2006 with four releases. Her concept was she was going to use the alphabet as the source of her names thus her first four releases were After my Own Heart, Balmy Days & Sundays, Chemical bonding and Derring-Do. That took care of A-D. From there the next four came out over the next few years with Hothouse Flower being the last in 2012. I know I & J are near completion and release but so far there has been nothing officially announced. Which means the brand has probably fallen off many perfume lovers’ radar. I think Ms. Ruhland has produced one of the best independent perfume collections and when the new releases are out I suspect these older releases will also be discovered all over again. If you’re in the mood to get ahead of the curve the 2009 release Field Notes from Paris is a good example of everything Ms. Ruhland does well. 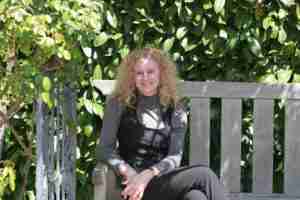 The brief for Field Notes from Paris was, “sweet-scented Paris afternoons, life measured out in coffee spoons.” That phrase might lead you to believe this is a café au lait kind of perfume but that is not the case. This perfume is that cold afternoon where you put your sock-covered feet under a warm blanket on a leather sofa while wearing your favorite cashmere sweater with a humidor of tobacco nearby. I know that last part seems incongruous but this is how Ms. Ruhland works she takes something which should be a square peg in a round hole and finds a way to turn it into something which does fit.

Field Notes from Paris is constructed on an axis of orange blossom and tobacco. In the very early stages it is just the orange blossom paired with a very green coriander. The tobacco comes up right away and it is the coriander which performs the introductions. Ms. Ruhland has a skill at finding these kinds of notes which help two disparate ones find common ground. This all floats over a fantastic leather accord. It reminds me of the smell of a new leather sofa. There is a freshness to the leather prior to being broken in and that is the leather accord at the heart of Filed Notes from Paris. The base becomes all sweet vanilla comfort with tonka and vanilla in a beeswax matrix finishes this off.

Filed Notes from Paris has 10-12 hour longevity and moderate sillage.

Ever since finding Field Notes from Paris back in the fall this has functioned like my favorite perfume sweater throughout the colder months of this year. There are many joys to be found within the entire Ineke collection you just have to put it on your radar.