There is a quote from the American writer Robert Breault which goes like this, “So often the end of a love affair is death by a thousand cuts, so often its survival is life by a thousand stitches.” I was reminded of this as I received the latest release from Guerlain, Neroli Outrenoir. I have spent every day since I received it looking for something which reminded me why I love Guerlain. I fear it is the thousandth cut.

Guerlain was the first perfume brand I ever knew; because my mother exclusively wore Mitsouko and Shalimar. The bottles were staples on her vanity. I have a hard time wearing either perfume myself because they are so ingrained as what my mother smelled like.

As I began to appreciate perfume I sought out Guerlain and discovered Vetiver and Habit Rouge. I could easily have followed my mother’s lead and happily used those two for the rest of my life. Except the genie was well out of the bottle and there were other brands to explore. I was never going to be a two bottle kind of guy.

Which was great because it made more room for all of the other Guerlain fragrances out there to find a home; which they have. Part of my founding Colognoisseur was the opportunity to write about those earlier perfumes from this Grand Maison de Parfum. 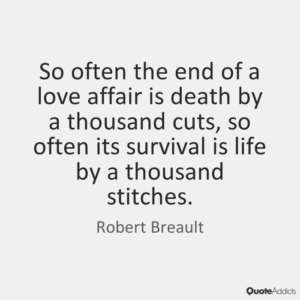 I have to say when I did the search and saw this roster of mediocrity over this short time span my heart sank. Right in front of my face was the cynical belief that the brand was all-important.

Even so within those 154 there were some which managed to remind me of what Guerlain means to me. Habit Rouge Sport is one of the very few flankers of any brand of which I own a bottle. Arsene Lupin Voyou is another exploration of spices, woods, and rose which Guerlain does so well. Two years ago Terracotta Le Parfum actually called forth the echoes of greatness. It was certainly the best of the last ten years.

Guerlain has been not on a downward spiral but a holding pattern at 20,000 feet. Circling endlessly right in the middle. Seemingly afraid to soar. Churning out massive amounts of product all meant to be bought by that consumer dazzled by the name over the perfume.

Which brings me to Neroli Outrenoir. If there has been any spark of the Guerlain ingenuity it has flared up most often in the Exclusives collection of which this is a part of. In a year which has seem some brilliant neroli perfumes released Neroli Outrenoir is not one of them. It is as if they were trying but it goes all wrong in the heart as the smoky black tea upsets the balance as it crushes the neroli. Myrrh does little to save this. I so wanted to like this I wanted to believe it was going to be the beginning of something new. Instead it was the thousandth cut.

I am hopeful that somewhere in the future the beginning of the thousand stitches to bring it back to life is forthcoming.