I have recently realized that most of my television watching does not take place on the original four broadcast networks. When I sit in front of the television now it is to cue up a series on any of the many streaming services. There are only five series I watch on those original networks. One of them is a spinoff which I have come to enjoy as much as the original.

In 2016 as CBS was nearing the end of their top-rated comedy “The Big Bang Theory” they asked show creator Chuck Lorre to create a spinoff focusing on one of the characters, Sheldon Cooper, as a child. Sheldon was the main protagonist of the original series. A genius physicist full of odd perspectives accompanying equally odd personal quirks. As portrayed by actor Jim Parsons, Sheldon was shown to have a heart under his demeanor which was part of what made the show fun to watch. 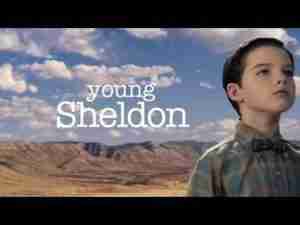 The new show, “Young Sheldon” uses Mr. Parsons as the voice-over narrator of each episode. It allows for connections back to the original but mostly it gives a character who has trouble showing his emotions an internal voice for the audience. The show is set somewhere in the late 1980’s when Sheldon was 9-years old and beginning high school. The show plays broadly with the theme of a youngster among teenagers. Where the show excels is as a family comedy.

Set in small-town Texas; Sheldon lives with his twin sister, Missy, and older brother Georgie. His mother works at the local church and his father George Sr. is a football coach at the high school. His grandmother lives across the street. The show’s plots usually revolve around Sheldon but as they have become more confident in the ensemble the other members of the family have taken on their own plots. In this current third season there have been a number of episodes where Sheldon was relegated to the background. That is a nod to the writers for broadening out the family instead of making them one-note caricatures.

The young actor playing Sheldon, Iain Armitage, is wonderful. It is very easy to see the adult Sheldon in his performance. One interesting acting choice is Zoe Perry who plays Sheldon’s mother, Mary, is the daughter of the actress who portrayed her, Laurie Metcalf, in The Big Bang Theory. The resemblance is genetic as well as her performance.

There are only a few things left on the broadcast networks for me to watch; Young Sheldon is one of them.