I am currently watching three TV shows which are, or about to, kill of one of the main characters who have been around since the beginning of the series. They are Roseanne Barr on The Conners, Kevin Spacey’s Frank Underwood on House of Cards, and Andrew Lincoln’s Rick Grimes on The Walking Dead. These choices are foisted upon the writers of each show not because they want to do it but because the actors involved caused themselves to be removed voluntarily, or not. I’ve thought back to other shows which have killed off main characters to find one commonality; the bigger the cast the less effect losing the character has.

The first character I remember being killed on a series I watched was when Col. Henry Blake played by McLean Stevenson on M*A*S*H died on his way home at the end of season three. The series would adapt by becoming less comedic and more dramatic. It was probably one of the first series that could have been called a dramedy. If Col. Blake had continued it seems unlikely that M*A*S*H would have become the sharply written anti-war series it did. 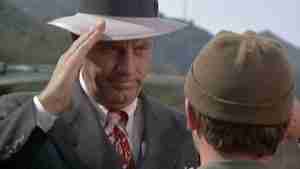 “Grey’s Anatomy” was a show which shuffled characters off the show under tragic circumstances constantly. So often it became a part of the writing. Which was why when they killed off Patrick Dempsey’s Derek Shepherd it became the place where I parted ways with the show. One reason was it was that relationship of Meredith Grey and Derek which made me a fan in the first episode and its loss was what drove me away. When a character is part of the reason you watch a show even if it is a large ensemble their loss can make it easy to walk away.

One which worked differently for me was the death of Josh Charles’ Will Gardner on “The Good Wife”. Much like Grey’s Anatomy it was the relationship between Will and Juliana Margulies’ Alicia Florrick which brought me to the show. I expected to drift away after his death in season 5. What surprised me was the show reminded me that the title referred to Ms. Margulies’ character. Watching her deal with the loss of what might have been in such a final manner made for great television.

I haven’t yet watched the shows I mentioned in the first paragraph since the departure of the characters. I suspect that “The Conners” is going to become more like M*A*S*H with a sharper focus on a mixture of comedy and drama. I suspect that “House of Cards” is going to miss Frank Underwood I’ll probably get through this final season, but I think it might be a chore. The Walking Dead can remind me that there are some other main characters who can expand into the space vacated by Rick Grimes’ departure. I believe this might become closer to the way I felt about “The Good Wife”. Over the next few months I’ll answer my own question.