There is a deep pleasure in my ability to go deep down any rabbit hole I find because of technology. One of the triggers for this is usually a song which comes out of my iTunes library when I put it on shuffle. My latest experience came after the song “Don’t Let Us Get Sick” by Warren Zevon played through my headphones. In what would be an eerily prophetic song for Mr. Zevon when it was released in 2000; foreshadowing his battle with cancer. It would lead to his death in September 2003. That would happen days after the release of his last album “The Wind”. That album contains what I consider the companion piece to “Don’t Let Us Get Sick”; “Keep Me In your Heart”. 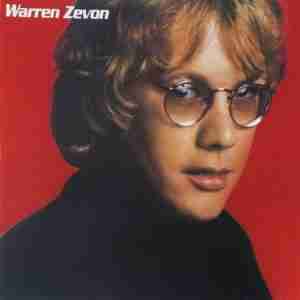 Mr. Zevon was part of the Southern California singer-songwriter community of the 1970’s. I first learned of him through a song written by him done by another artist; Linda Ronstadt. One of her biggest hits off her 1977 album Simple Dreams was “Poor Poor Pitiful Me”. It was my favorite song on that album. One of my more clued-in friends asked if I had heard the original version. When he played Mr. Zevon’s version it was a revelation, to me, of a new artist. I was just in time to catch on with everyone else with his second album Excitable Boy in 1978.

Mr. Zevon’s more ironic, darker themes delivered in a hard-edged folk-based style was an alternative to the pop versions his peers were releasing. That they knew he was a unique talent who needed opportunity came when close friend Jackson Browne produced and invested in Mr. Zevon’s first two albums. Mr. Browne would then take him out on tour. That was where I saw him live for the first time. 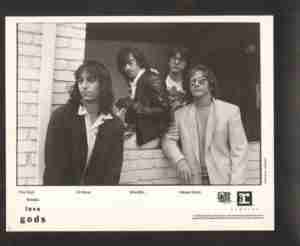 I saw him live in a much more intimate setting the second time. When I was in graduate school in Athens, Georgia in 1984 it was a time when the music scene was exploding. One of the cool things about being there was other artists would come into town to collaborate. Through a whisper stream the word would go out that so-and-so was playing with this band at one of the smaller clubs under a fictitious name. When the rumor of Warren Zevon plus REM made it to me. I closed the lab for the night and headed out to see a band called Hindu Love Gods. I was treated to a night of covers plus new songs being worked on. In this setting I saw Mr. Zevon’s love of rock music as he clearly enjoyed being on stage with the other musicians. They closed the night with “Werewolves of London” his biggest hit but it was everything prior to that which was memorable.

The final year leading up to his death was about recording a final album with all his friends. Informed by his coming mortality it could have been a mess. Instead Mr. Browne, Bruce Springsteen, Tom Petty, Don Henley, Mick Fleetwood, Joe Walsh, T Bone Burnett, and Emmylou Harris joined in over the songs on the album to produce a moving musical elegy.

There are few of us who can choose how we leave this world. Mr. Zevon did it with his music. Herd to ask for more than that.