These current days feel like Geek Mardi Gras. There is so much fun stuff happening. Part of that fun, for most, is the anticipation. As I sat in the theatre on Thursday night before Avengers: Endgame I was ready to see the ending. It is part of my Geek street cred that I have seen every Star Wars, Star Trek, and Marvel movie first day first showing. It matters to nobody but me. What has been an invisible merit badge on my invisible Geek Eagle Scout uniform has now become a necessity. That’s because of the scourge of spoilers.

Before I start ranting on my soapbox, I want to distinguish about what I am talking about. There are fans of any show who want to know everything including what is going to happen. They will drive to the set and take pictures from far away to try and figure out the future. I have no problems with that. That is fans being fans. The reason I don’t have a problem with that is that community generally keeps to itself. If you are of similar mindset you can find that information and willingly immerse yourself. To those groups I say keep on enjoying your fandom. 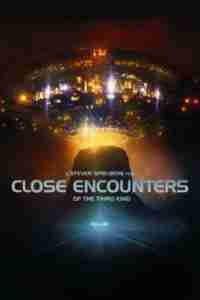 It is the other kinds, not the obsessed who will serve the other obsessed. I’m talking about the jerks who just must let you know that they know something. My first experience with this kind of idiot came in November of 1977. I had won tickets to an early preview screening of “Close Encounters of the Third Kind”. It was in one of the largest theatres in South Florida which held about 1,500 people. We get to the end where a fleet of small alien ships have made contact with humans on the top of Devil’s Tower. It is an exhilarating scene which feels like the payoff for what we have been watching. As the ships fly off you are made to think this is first contact. Then at this screening as loud as if he was using a megaphone some jerk says, “Here comes the big ship!” If I was sitting next to him, I would’ve whipped him with Twizzlers. When we were walking out my friends and I remarked about what a moron he was.

Those were pre-Internet days. Now it doesn’t have to be a loud-mouthed lout in the theatre. It can just be an idiot a thousand miles away who wants to ruin it for others. I don’t know when it got so bad. I know that nobody went around spoiling the key moment in “Star Wars: The Empire Strikes Back”. I prefaced every conversation with, “Have you seen it yet?” Because that is part of the communal experience of going to see a movie with a few hundred other people. My favorite time in the movie theatre has been that shared delight at a plot twist where everyone makes a noise.

Nowadays people can’t go visit their favorite internet sites for fear of having a plot point spoiled. I went on YouTube last night and because I have been watching Avengers: Endgame clips leading up to it the algorithm is going to put them at the top of the page. At 10pm near the end of the first day of showing there was a clip which someone had filmed off a movie screen titled with a key plot twist. If I could I’d turn them into the studio.

This has caused people to stay off the internet entirely until they see the movie. One set of idiots cause this. As much as I enjoy being a Geek in this period of time; those who live to put spoilers out aren’t Geeks they’re jerks.