I remember when “All in the Family” premiered on television it was so different. That it premiered later in the evening on the same night, Tuesday January 12, 1971; it had been preceded by “Green Acres” and “The Lucy Show” it really stood out. At a time when the Vietnam War was dividing the country along generational lines here was a comedy which laid out all the emotion with laugh out loud one-liners. What I remember most about “All in the Family” was it began discussions around the dinner table the next night. It was a valuable catalyst through which understanding might take place. The recent reboot of “Roseanne” has me thinking it might be the return of a sitcom which can also create a chance for understanding. 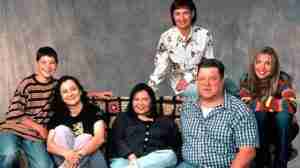 Roseanne Barr brought the original “Roseanne” to television in 1988. It portrayed a poor working-class family, the Conners, in Lanford. Illinois. It was an off-shoot of Ms. Barr’s stand-up comedy routine about her life as a “domestic goddess”. Just like “All in the Family” before it “Roseanne” portrayed the blue-collar life in America. There were not often easy answers yet always a sense of humor was found. For eight seasons this formula worked. Then in Season 9 they decided to have Roseanne win a lottery and all of a sudden the easy answers did show up. In a twist at the end, the show tried to make it the way Roseanne coped with her life by imagining an alternate reality. The show lost viewers and it was ended. 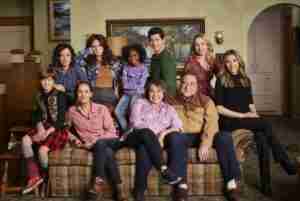 There has been a lot of nostalgia posing as creativity in television comedy as some of the most successful shows of the past are being reincarnated. The thing is none of those have interested me as it was rare that I wondered what happened to the characters on a sitcom after it ended. When I heard “Roseanne” was returning with the original cast I wasn’t sure if I would watch. I did sit down when it premiered and was instantly reminded of “All in the Family” as this felt like another show for a time when America has divided itself along fault lines.

The original kids have grown up and some of them have kids. Nobody has moved away from their blue-collar upbringing. The show opens with an open discussion of the Red-Blue political divide as Roseanne has not talked to her sister Jackie since the 2016 presidential election. Each voted differently and couldn’t let it go. Through the first thirty-minute episode they finally found an opportunity to talk without either giving up their beliefs while making me laugh. This is what most strongly reminds me of “All in the Family” as people who love each other can disagree while still loving each other. It also is a show which can allow for discussion to grow out of it, too.

Halfway through the first season back “Roseanne” has been full of laughs, a couple of tears, and the fostering of acceptance. If you haven’t caught on I highly recommend it.