Coming home from the new Star Wars film “Solo” I realized why I enjoyed it yet there was something missing. Took me a minute but it is something that has been missing from most movies or television shows which go back to before we met the main characters. What it means is there is no chance of anything drastic happening to them before they get to that place where we met them. In “Solo” it isn’t really a problem because at heart it is a heist movie and those don’t usually have mortal consequences for any of the main characters either. Where it becomes an issue is in large sprawling sagas where there is so much ingrained history that the story is straitjacketed into a very narrow space.

A perfect example has been the two attempts at Star Trek television series designed as prequels to the original series. Star Trek: Enterprise showed the first voyages into deep space by Earth. If the writers had been content to leave it at that the show might have been better. Instead as happens all too often they begin to introduce things way before they are supposed to be known. This happened with so many things in Star Trek: Enterprise it became irrelevant. The latest series Star Trek: Discovery is doing the same thing by introducing a new character into one of the iconic characters’ family who should have been mentioned somewhere prior. This becomes especially egregious when this person plays pivotal parts of at least three key moments in Starfleet history; in the first season. 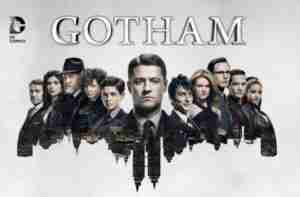 It isn’t just Star Trek; Gotham also struggles with the Batman story. Every villain ever is infesting Gotham City all while Bruce Wayne is a teenager. It is like “Teen Batman” but in typical DC fashion made gritty so it is PG-13 rated “Teen Batman”. There is zero dramatic tension between any of these characters. Why? Because we know every single one of them becomes older to bedevil Batman/Bruce Wayne at a later date. It doesn’t matter how dire the situation I know nothing permanent is happening to any of these characters no matter how it may seem.

Which really leads to the real problem. All of these are made for the particular fan base not for the general public. It is fan fiction done by professionals. They survive by filling themselves with inside jokes only a dedicated fan gets. So yeah am I interested to see something actually happen which was only explained in dialogue in the original? Turns out it is like visiting a museum exhibit. It can be fun, but it feels old.

As a fan these prequels are mostly enjoyable, but they really will never come close to the originals they are trying to fill in the backstory for.