The Holiday season is full of uniquely personal traditions big and small. One of the small traditions I use as the kickoff for the musical portion of the festivities is the release of The Killers new Christmas song to benefit Project (RED). 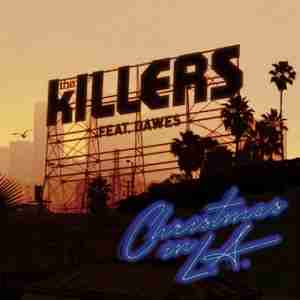 The Killers are a rock band which got their start in Las Vegas. Since 2001 they have put out four albums. The band has never been one to crank out new music every year. They work at their own pace and I believe they are one of the best bands in this time span. I look forward to every release.

Project (RED) was formed in 2006 to raise money to fight HIV/AIDS in Africa. Over the past few years there have been many (RED) branded products which donate their proceeds to the initiative. 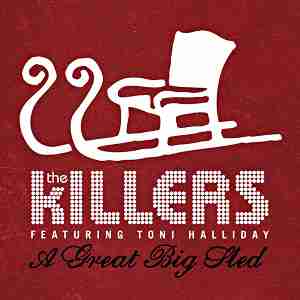 The Killers agreed to be part of the inaugural year of events and released a Christmas song called “A Great Big Sled” to benefit Project (RED). From a band who has made music that really connects with me this song has become my sing-along anthem to the holidays. Most sing Frosty or Rudolph you’ll catch me in my car singing lyrics like, “but little boys have action toys for brains, I’m living proof it can last a long time”. 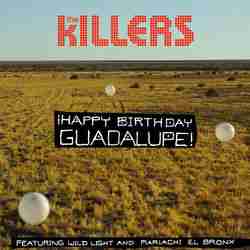 Since that first song The Killers release a new Christmas song during the first week of December to coincide with World AIDS Day on December 1. I consider the collection of eight songs over the last few years to be the band’s “fifth” album. Over the eight songs 2009’s “Happy Birthday Guadalupe” is about the hope for simple love on Christmas Day. Last year’s “Christmas in LA” is all about spending the holiday away from family because you chose to follow your dreams. 2008 saw Elton John and Neil Tennant join in for “Joseph, Better You than Me” which explores the faith inherent in the man who would be baby Jesus’ earthly parent. This song resonates more with me than traditional hymns as the song asks, “Will my faith stand still or run away”. The band indulges in a silly little ditty for 2011’s “The Cowboy Christmas Ball”.

What sets these songs apart from other artists who release Holiday songs is these feel more like songs really considered over the year between releases. As a result the songs stand on their own more surely and don’t lend themselves to becoming a musical time capsule more emblematic of the time period it was released.

Sometime this week I will get my annual e-mail that the new The Killers Christmas song has been released and I will be downloading as fast as the internet will allow me to. Then I’ll begin humming my way through December into the New Year.