As I have been watching the HBO series “Sharp Objects” I have come to realize how much I enjoy the practice of using an unreliable narrator to tell a story. For most stories which are told they come from the recollection of a character who acts as the eyes of the reader/viewer. They take us along with them into whatever plot is unspooling. We trust them to tell us what they are seeing and feeling accurately. When a writer employs an unreliable narrator there is something that is being hidden in what they share with us. Author Gillian Flynn used the technique in her 2012 novel “Gone Girl”. It was so successful there that when it was shown to me it was one of those moments where I put my finger in the book and said “Wow!” out loud. “Sharp Objects” is based on a subsequent novel, by Ms. Flynn, and with one episode to go I think I’m dealing with multiple unreliable narrators. I had forgotten how much fun it is to try and piece together reality from the fiction we are being fed by the characters. I can’t wait to see what plays out in the finale. 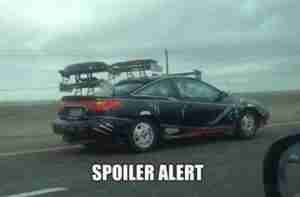 I usually like to keep spoilers out of what I write but this time I fear the rest of this column is one king-sized spoiler.

My first encounter with an unreliable narrator came in one of Agatha Christie’s novels featuring her detective Hercule Poirot. At the beginning of the book I thought it was such a clever device to have the narrator be someone who had hired M. Poirot. By the end of the book it turns out the narrator was the killer. Coming in the 1920’s it was influential on the mystery writing genre. The book, “The Murder of Roger Ackroyd” was voted the best crime novel ever in 2013 by the British Crime Writers’ Association.

The unreliable narrator is especially compelling when you’re still not sure if what you’ve read is at all real. “Fight Club” by Chuck Palahniuk and “American Psycho” by Bret Easton Ellis take us on an internal monologue narrated by two sociopaths; or do they? Have our narrators literally taken us for fools? We have been shown it is in their nature.

One which is heartbreaking in its revelation comes in the last act of “The Life of Pi” by Yann Martel. The narrator tells a fantastical story of surviving a shipwreck in a lifeboat with a full-grown tiger. This takes up the middle section of the book. When the narrator has been rescued he is presented with evidence, by those interviewing him, of an alternate version of events. The narrator asks the interviewers if they prefer the fantasy over the reality. By this point the reader knows the answer.

I don’t want a consistent diet of these kind of stories, but the infrequent use always allows for the final pages to contain those precious “Wow!” moments. I have a feeling the finale of “Sharp Objects” has one in store for me.