As fragrance fans we eagerly look forward to the next perfume release from Marc Jacobs or Tom Ford. Both of these, now, ubiquitous names started with their fashion lines before expanding into the accessories and beauty sectors. The fragrance calendar goes all year long but the fashion calendar is pretty much concentrated on two times of the year, February-March and September-October, when fashion designers show their latest couture in runway shows. The shows happen about six months before the season they are meant to be worn in. Thus the February shows are for Fall of that year and the September shows are for the Spring of the following year. It is also a traveling circus as there are fashion weeks starting in New York, then London, followed by Milan, and finishing up in Paris. For the current cycle, fall 2014, we are about halfway through with New York and London finished and Milan ongoing. 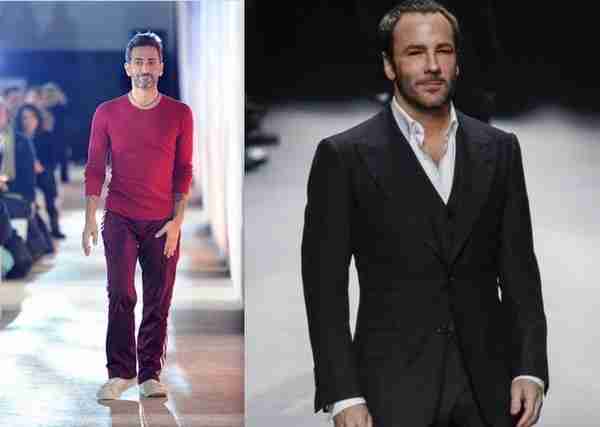 My interest in fashion is similar to my interest in the great perfumers. Both endeavors are highly informed on what has gone before with the best designers and perfumers using things from past creations as the launching point for the future. Marc Jacobs and Tom Ford are perhaps two of the savviest at doing this. Their designs are based on classic lines but always there is a bit of a modern or retro-modern twist apparent. It is a big reason why they are the most anticipated runway shows at New York where Mr. Jacobs is the closer with the last show; and London where Mr. Ford moved his shows to from New York a year ago. 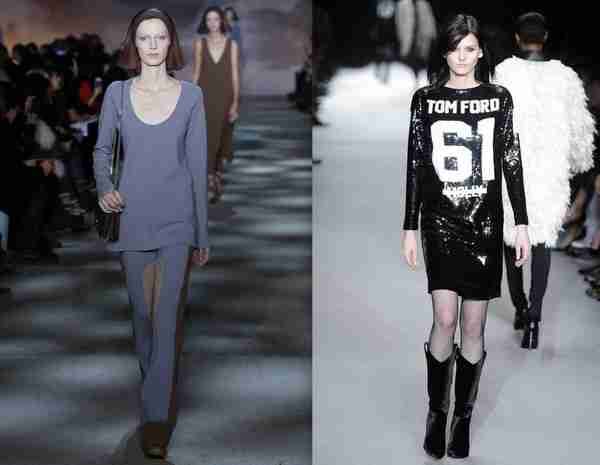 One of the things I always find fascinating is how each season forms its own zeitgeist as all the designers seem to work towards the same big ideas. Halfway through the Fall 2014 offerings the colors seem to contain more pastels than you see in the Fall. Spring is usually where the pastels fill the runway. These pastels are of the cooler variety. Mr. Jacobs described them as “cosmetics colors” when describing his collection. Both designers brought in sportswear themed flourishes with the most talked about of those Mr. Ford’s knock off of a t-shirt Jay-Z has been wearing on stage when he performs his hit “Tom Ford”. The sequined couture version will carry a price tag, 100 times more than the $65 t-shirt, which has its own shade of social commentary underneath. 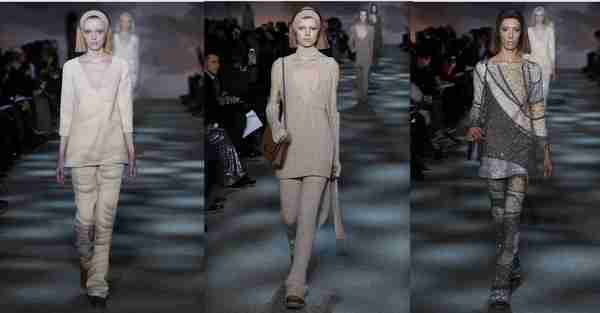 Marc Jacobs’ Fall 2014 collection was all about soft colors and fabrics to go with it. It was almost as if the Marc Jacobs Blush fragrance could’ve been the tagline for the fashion. There were lots of examples of great separates the best which was the chunky knit look with its own slouchy vibe to it. All of this was brought together in one look as a sparkly stunner. 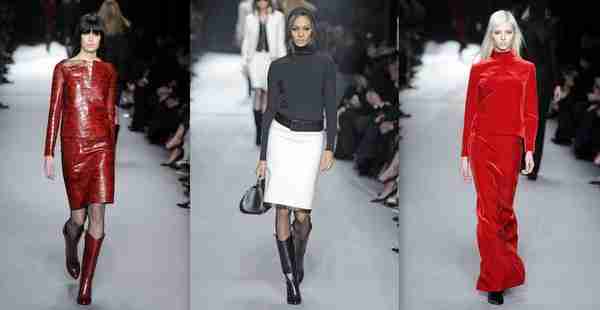 Tom Ford’s Fall 2014 collection was less pastel and his color palette was more focused on black, navy, and red. In a collection of dark looks it was the reds which provided impact as either a red crocodile skirt suit or a luxurious velvet dress both of which are the kind of aspirational couture Mr. Ford does so well. The middle look above represents where hemlines will be next fall as it looks like the knee and lower will be on trend.

By the time fall rolls around I am sure we will be getting new fragrances from both designers to match the looks above.

2 thoughts on “The Sunday Magazine: The Fashion of Marc Jacobs and Tom Ford- Fall 2014”