When it comes to the Dr. Who universe I am a bigger fan of the “Torchwood” spinoff than the main series. The idea of a team of agents investigating the unexplained happening on Earth appeals to me. Because I am a vocal fan on the sci-fi forums, I post on I received a book recommendation. I was told I might like “The Doors of Eden” by Adrian Tchaikovsky. 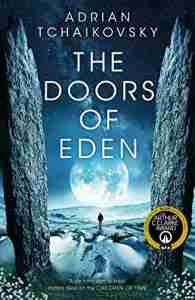 I had heard of Mr. Tchaikovsky through his award-winning novel “Children of Time” although the description didn’t draw me to wanting to download it. When I went to see the description for “The Doors of Eden” I was immediately enticed to press buy. 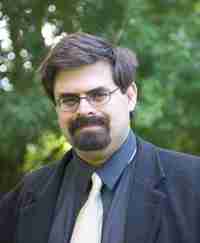 The basic set-up comes through when a pair of monster hunters who are also lovers go hunting for the Birdmen on Bodmain Moor. When the night is done Lee is left looking for Mal who has disappeared. Four years later Mal returns. This sets up the events of the rest of the book. Lee must decide whether the Mal which has returned is the woman she fell in love with or something else. Mal’s return brings in a team of people interested in her. They are the other POV that the story is told through. MI5 agent Julian, scientist Dr. Khan and mercenary Lucas. There are a couple of other POV but those arise out of the story. The main team charged with figuring out what happened to Mal is the one described above. Their interaction does have a Torchwood-y feel but Mr. Tchaikovsky has a different tale in mind.

The story takes us to parallel earths through cracks which are forming causing overlaps. These parallel earths are not necessarily places where humans are the ascendant species. It is much of the fun of this novel when the heroes are faced with a world where something non-human is in charge.

Mr. Tchaikovsky intersperses the story of the book with sections written by a fictional professor who explains some of the scientific concepts which will come into play over the next pages. These felt like the distillation of the real-world research Mr. Tchaikovsky must have done to write this. As a scientist these were as enjoyable as the story.

It all coalesces into a satisfying conclusion. If you are a Torchwood fan, I can add my thumbs up to the idea you will enjoy this. After reading this I can see why Mr. Tchaikovsky has won awards he writes compelling passages which pulled me through the tale. I will probably go back and give some of his previous books a try.