I think you can tell I enjoy cooking. It is a kind of chemistry on its own. I also like to be able to improvise a bit while following recipes. Which means the more complicated the recipe the less freedom I have to do that. About three years ago I discovered a website which fits my style because of its ability to improvise on the recipes. The website is The Cookie Rookie.

The discovery is all from Mrs. C as she received a link to this recipe for oven baked chicken tacos. When I went to the website I looked to see who The Cookie Rookie was. Her name is Rebecca Hardin or just Becky when she’s writing on the website. She was newly married in her early-30’s and had never cooked at home. The early posts are Becky figuring it out. The later posts are an intuitive synthesis of what she learned by doing, combined with an ability to make delicious meals quickly and easily. Which brings me back to those tacos. 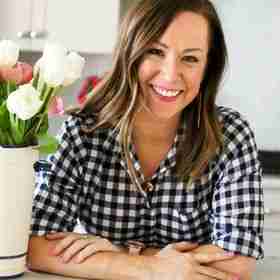 When Mrs. C sent me the recipe, I didn’t realize it was going to become the foundation for dozens of meals over the last three years. It is the kind of recipe which has been so flexible I have been able to use it in so many ways it never seems the same. For the original post here is the link. It is the most popular recipe on the site.

If you want specifics click on the link but the basics are these. Take any cooked meat; chicken in the original. I’ve used almost any leftover meat you can imagine. To some sautéed onions in a pan I add the meat, diced tomatoes, and some diced jalapenos. Spice it up with taco powder. Stir for a few minutes. Then line the bottom of a taco shell with a layer of refried beans followed by a scoop of the mixture from the pan. Cover with cheese; lots of cheese. Cook in the oven for ten minutes and you’re done.

These have become the only way I want tacos now. The variations are I’ve added a bit of yellow rice to the pan to provide a kind of fried rice texture. I’ve added whole beans to the skillet mixture instead of using refried beans. I think I’ve tried every kind of bean on the shelf by now. My favorite bean to use in this way are Cuban pink beans. I’ve coated them in guacamole and enchilada sauce after baking. I think you can see how it can be used often without becoming boring.

The Cookie Rookie is full of recipes like this. My current new obsession is the ravioli lasagna recipe. I’ve only made it three times but just like the tacos I’m having a lot of fun changing it up as I go.