I have spent the last couple days looking over the preliminary schedule for the upcoming New York Comic-Con. It is part of the fun of going is to look over the upcoming panels and screenings and see which ones I’m most excited about. It becomes a way of my assessing the things I have at the top of my list against some things which have fallen. 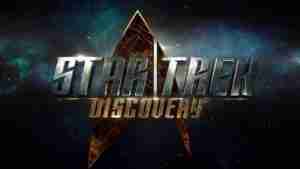 In the latter category is the panel for the new Star Trek: Discovery. I looked at it on the list and was surprised I have little interest in it. Star Trek is why I am a 57-year old man on my way to Comic-Con but they have found a way to fatigue my interest. If I hear good things I suppose I’ll catch up but for the very first time I won’t be there for the first episode of something which has Star Trek in the name.

There are many other things I am looking forward to but right at the very top is the American Gods panel on Thursday and The Walking Dead panel on Saturday. Funnily enough the reason I am so fond of both series are characters who are very different from the printed page version. 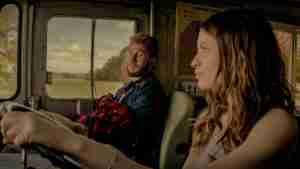 In the Starz American Gods series, it is the duo of the leprechaun Mad Sweeney and Laura Moon. As portrayed by actors Pablo Schreiber and Emily Browning they are the reason I tuned in each week. What is crazy is in the book the characters exist but are small supporting characters. On TV, they are the best thing in American Gods. 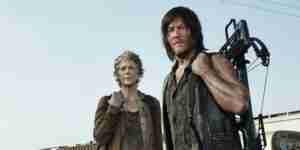 Melissa McBride and Norman Reedus in The Walking Dead

In The Walking Dead, it is the characters Darryl Dixon and Carol Peletier portrayed by actors Norman Reedus and Melissa McBride. They also form a rough duo within the zombie apocalypse although the story separates them often. Darryl doesn’t exist in the comic book and Carol died a long time ago. On TV, they form the beating heart of the show. Despite many storytelling excesses these characters bring me back week after week.

Darryl and Carol are so popular that when writer Robert Kirkman talks about killing either of them you can almost feel the held breath in the room. I have been considering what it is that makes both characters so important to my enjoyment of this show. I think it is the uncertainty they bring as they don’t exist in the comic which means I have no idea what happens to them. It makes me invest more closely because of that. The other characters are great but because of the comic I know who is eventually going to die which maybe makes me keep them at arm’s length emotionally.

When it comes to Mad Sweeney and Laura it is much easier to pinpoint the reason; the actors. On American Gods, these two actors have created a chemistry which does not exist on the page. These characters were never as alive until Mr. Schreiber and Ms. Browning breathed new life into them. This presents a problem for the writers for season two as I am far from the only one who feels this way. How they will find ways to use the two characters when there is precious little left on the page for them to do is going to be key to a successful run.

I am looking forward to these actors talking about their roles and answering questions in a few weeks. Seeing and hearing from them is the reason I want to be in NYC the first week of October.