It is easy to take for granted that the phrase, “there’s nothing to watch” no longer applies to television. We live in an era of what is called “peak television” where audacious original visions have platforms on which to display themselves. Exactly twenty years ago that was not the case. The premiere of “The Sopranos” in January of 1999 on HBO is when this new era of television began.

In 1999 HBO was the only cable network relying on original programming. The executives were willing to try things because as a subscription service they had more latitude. When they listened to the story creator-writer David Chase wanted to tell with “The Sopranos” they hardly knew what it would mean to the future of storytelling on television. They would turn upside down what people thought of when thinking about television drama. 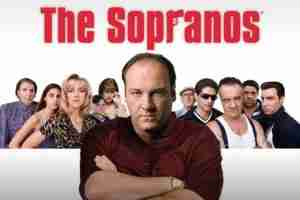 I spent some time since the beginning of the year watching the first season again. I just finished a couple weeks ago. From a story perspective it was fun because I knew where they all ended up. There was a lot of foreshadowing in that first season. I’m not sure if Mr. Chase had that much faith or it was a giant wager to make sure HBO wanted more. There are a couple of things which really stood out to me which have become cornerstones of much of the current peak television.

The most obvious is that of the flawed hero, or anti-hero. Tony Soprano, as played by James Gandolfini, was a brutal mob boss with feet of clay. Tormented by panic attacks that would get him killed if his Mafia brethren found out about it. As an audience we are sympathetic to that plight. Mr. Chase draws us in to becoming complicit with Tony as he manages his crime family with that secret hanging over him. It is the artful ability to make an audience root for a monster. That all comes home in episode 5, “College”. Tony takes his daughter Meadow on a college visit to Maine. On the trip he discusses the family business with her in a way which feels like a father bonding with a child. When they get to the college, he drops Meadow off and returns to a gas station where they filled up. He recognized a snitch who was in witness protection at the station. He returns to kill him. As Tony strangles him the camera stay focused only on his emotionless dead-eyed face as you hear his victim choking off screen. It was a brilliant reminder halfway through the season that no matter what you like about Tony he is a heartless killer.

This kind of arc has been played many times over the past twenty years with perhaps the best being Bryan Cranston’s portrayal of Walter White on “Breaking Bad”. There is no way that series gets made without The Sopranos.

The second thing I noticed was the death of main characters contained within brilliant plot twists. The second half of the first season raised the stakes as characters you thought were main characters were killed. The scheming coming from multiple unexpected directions. When I watched the final episode of season 1, twenty years later, I was still drawn to the edge of my seat even though I knew how it turned out.

That is really the best thing about “The Sopranos” is twenty years later it holds up. It doesn’t feel dated. It just feels like the place where Peak Television began.