In the summer of 1980 I discovered an author who I have spent the last nearly four decades alone in my head. I picked up a copy of “Salem’s Lot” by Stephen King beginning the relationship where he writes books and I read them.

In that summer of 1980 my friends and I had discovered the horror genre of novel. At that point Mr. King was already at the top of the heap. As I started to back fill from “Salem’s Lot” I would find two novels which rank among my all-time favorites; “The Shining” and “The Stand”. I would finish reading “The Shining” a couple days before the movie adaptation by Stanley Kubrick was released. When we went to see it on opening night, I was that cranky moviegoer with “the book was way better” on my lips. It took me a decade to appreciate the movie for what it is. 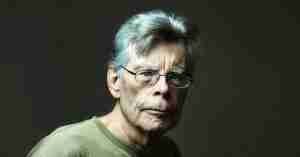 Which is something that is not common for most of Mr. King’s books. I always felt drawn to his stories while thinking this would make a great movie. So many of them have, that the thought is proven over and over.

I think it is something that is never appreciated fully. When any artist can create content which connects with a large audience it is met with suspicion instead of support. Mr. King was always so genial about his place in the literary firmament. He would speak about his writing with humility.

What I found very interesting was even he was curious if he had become a brand or was he talented. He would write books under the pseudonym Richard Bachmann from 1977 to 1984. Without any fanfare or publicity he still found an audience. I laughed after the ruse was exposed. My local bookstore had recommended this new book “Thinner” by Richard Bachmann because I was such a fan of Mr. King.

There seems to be a turning point in Mr. King’s personal life which has impacted his writing since 1999. In June of that year he would be struck by a car while walking near his home in Maine. Since his recovery there has seemed to be a pleasure in writing that was enhanced. He was able to complete his “The Dark Tower” series. A set of seven books which are among the very best fantasy series ever written.

Somewhere along the line of doing that he has begun to connect the rest of his novels to the world revealed within “The Dark Tower”. Sometimes subtle sometimes overt each time there is another connection I smile as it comes off the page.

He has produced a “crime novel” trilogy which has also become one of my favorites of all that I have read by him.

Unlike in 1980 I am looking forward to the movie adaptation of his sequel to “The Shining”, “Doctor Sleep”. This time after the movie I will still probably say “the book was way better” but it will be tempered by the time I have spent reading Mr. King for all these years.

One thought on “The Sunday Magazine: Stephen King”