Watchmen is the greatest graphic novel ever produced. Alan Moore and Dave Gibbons wrote the perfect novel about superheroes and how they would influence society. From the way the comic was laid out through the way the story was told in comic panels plus text it continues to stand alone over thirty years since its publication. 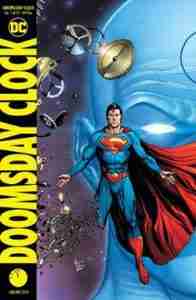 Because of that there have been too many people who have chosen to try and take their turn at using the world created in Watchmen as the canvas for their own imagination. 2019 saw two versions of sequels come to life. One in comic form called “Doomsday Clock” along with one in visual form on HBO called “Watchmen”. The comic version was authored by Geoff Johns. The HBO version by Damon Lindelof. Both men are people I respect but I was unhappy they were going to take on Watchmen. I felt their previous proclivities would lead to unsatisfying endings. In one case I was right. In the other I was completely wrong.

Doomsday Clock is the failure. Mainly because it wants to squeeze in Batman and Superman among Doctor Manhattan, Rorschach, and Ozymandias. It falls apart because it never seems like anything other than a dopey team-up series. Look Batman and Rorchach meet to compare vigilante cred. Lex Luthor and Ozymandias meet to see who the smartest person in the world is really. Superman and Doctor Manhattan meet to see who the uber-mensch is. It reads like the fan service it is. I found it degenerated into the typical multi-dimensional brawl which ends up changing nothing. This is exactly what I expected from the HBO version. 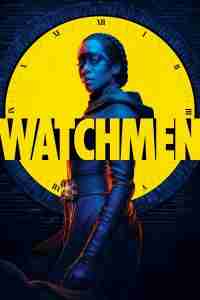 HBO’s Watchmen was so much smarter. Mr. Lindelof looked for the modern-day version of the Cold War which drove so much of the plot of the original. He settled on race as the equivalent divide. It works brilliantly. In the same way that the original comic veered back and forth in history while telling the individual stories of its protagonists the tv series does the same. There are episodes which are about specific characters and there are episodes that are not. Mr. Lindelof captured all of that. He used four original characters from the comic. Three of them you would expect. The fourth is the origin of the original Watchman, Hooded Justice, which sold me. In episode 6 Mr. Lindelof makes a significant extrapolation to the Watchmen universe by telling that story. It left me with my jaw slack throughout the episode. Until two episodes later in “A God Walks into Abar” he does it again with Dr. Manhattan. Mr. Lindelof decided to take big swings paying homage while also making brave changes to the original. It ends with the perfect final shot. He also found a way to use the text add-ons in a way to add to the tv series by having a website which was updated by one of the FBI agents in the show. It gave the viewer more depth to what was happening on screen. It also answered one last question from the series after it aired.

To be honest I don’t want anyone to go further. Doomsday Clock was a step above fan fiction. There is no reason to think they could do anything better with it. The final shot of Watchmen is equivalent to the final shot of the movie “Inception”. The ideal piece of ambiguity to conclude with. If they do more on HBO I will watch because they have earned my good will, but I would love to think they know they got it right the first time.

If you love the original, I highly recommend the HBO series. I think you will be rewarded for the time spent watching it.