I’ve waited a month to write about Star Wars: The Last Jedi because I am going to talk more about the plot and giveaway some of the big twists in my discussion of it. If you haven’t seen the movie yet stop reading now before I ruin your chance to enjoy it without having things spoiled,

If there was one overriding emotion I had after The Force Awakens re-awakened Star Wars two years ago it was, “That was great, but I don’t just want bigger and bigger Death Stars I want something new.” J.J. Abrams who directed The Force Awakens provided jumper cables to a moribund franchise by relying on what made it special in the first place. Handing over the reins to writer-director Rian Johnson was giving him something much more difficult; evolve Star Wars. The difficulty of this has no better example than the prequel trilogy by George Lucas who created all of this. He dared to do something different. You may detest those movies, but Mr. Lucas did not give us the same story. As I’ve mentioned before his problem was as a storyteller we all knew what was on the last page of Episode 3; Annakin Skywalker becomes Darth Vader. The new movies have an advantage because the audience does not know what is going to happen. Which is why Mr. Johnson has some more latitude when it comes to choosing different paths. 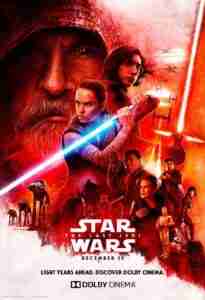 Through the first hour of The Last Jedi I was feeling uneasy as it seemed like it was a next generation “Empire Strikes Back”. Rebels under merciless attack; check. Young Force user being trained by Jedi Master; check. Young Force user coerced into entering the ship of the big bad guy; check. As Rey leaves Luke Skywalker behind to go to meet Supreme Leader Snoke I began to inwardly groan. There was no growth happening it was all just the same as before. Then in literally the stroke of a lightsaber that evolution began as all those familiar things got turned on their heads.

When the big Force showdown between Rey and Snoke ended up with him dead and Kylo Ren offering to rule the galaxy with her there was something exhilarating in what her answer would be. From there Mr. Johnson makes a movie of heroes and villains who aren’t destined to their roles because of their bloodlines but because they are heroic or villainous. When Finn who has spent two movies running away finally proudly declares he is “Rebel scum” his transformation is complete. The story on the screen has shown us his journey from frightened want-away to hero. Finn, like Rey, have no genetic disposition to heroism but the internal desire to be the ones to make things better.

The other choice Mr. Johnson made was with Luke Skywalker who ends up much different than when we last saw him. It is easy to see Leia and Han Solo as older versions of when we last saw them; they are the same people we left before. Luke is the one who has had his optimism shattered. His hope to build a new Jedi Order is destroyed from the inside by the Dark Side. It drives him to exile where he cuts himself off from The Force. When Rey finds him, and asks to be trained his instruction comes not from a place of optimism but from someone who has lost hope. Unlike the relationship between Yoda and Luke in Empire Strikes Back this new teacher isn’t sure it is a good idea for Jedi to exist. His reluctance to be a full-time teacher makes Rey into her own. She fearlessly explores the island of the first Jedi Temple and learns the lessons that exist just by exploring. Luke is less teacher and more guardrails meant to keep her on the path to the Light Side. It isn’t heroic but as we learn Luke’s story it is understandable. 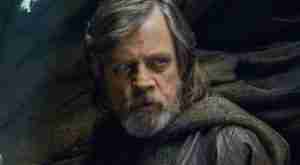 That loss of heroism has been a major point of contention among Star Wars fans since The Last Jedi opened. Luke is allowed his moment of unalloyed heroism at the end of the movie but everything prior to that is a dramatic change from the Luke who believed he could turn his father from Darth Vader back to Annakin Skywalker. The Luke in The Last Jedi has lost belief. As a proponent for change I liked this choice it asks real questions of what it means to be heroic. It asks whether it is cowardice to hide away with the power to make change while the galaxy burns. The story lays out the changes, but actor Mark Hamill makes me believe that Luke could end up in this place. Mr. Hamill’s performance is brilliant; the best he has turned in in a Star Wars movie. I liked the changes because Mr. Hamill sold me on them with his performance.

This all leads to a final scene which shows that The Force is not only running through those with Skywalker blood in their veins but also young stable hands who dream of Rebellion. If there was a stifling aspect to The Force was its affinity for only those darn Skywalkers. Mr. Johnson’s final nod that for The Light to meet The Dark it is made up of many points around the galaxy from the stables to the palaces. This is an exciting place for Star Wars to be at the end of Episode 8. It leaves the storytelling paths wide open with no previous blueprints to be followed. I am very happy that these choices were made it feels like Star Wars has never been fuller of potential.