I was talking about the literary genre of cyberpunk recently. Speaking of how visionary it was for what eventually came to pass. When I read Neuromancer by William Gibson in 1984 I expected that this would become one of the most populated shelves in my library. It hasn’t turned out to be the case because I think to write well within this it takes more than writing skills. Nearly all of the best cyberpunk authors are polymaths with ever expanding interests across numerous fields. The best example of this is author Neal Stephenson. In the summer of 1992 when I read his book Snow Crash I realized this was someone who had a visionary perspective. Over the years since that has only been confirmed with each new book he writes. Snow Crash is where it started. 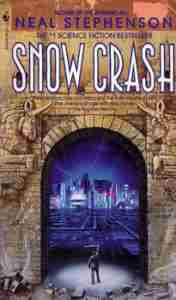 The story is set in near-future Los Angeles which is no longer part of the United States. The country has been divided into corporate, criminal or entrepreneurial ownership of the major cities and areas. At the beginning of the book we meet Hiro Protagonist who is a pizza delivery boy for the Mafia. Hiro loses his job early on. He pairs up with his new friend Y.T. to mine the virtual reality Metaverse for intelligence and sell it to those interested in the information. During this they discover there is a virus out in the Metaverse called Snow Crash which goes beyond infecting your online avatar it also affects the real-life person behind it. The search for who is behind Snow Crash is what drives the book over the rest of the narrative. 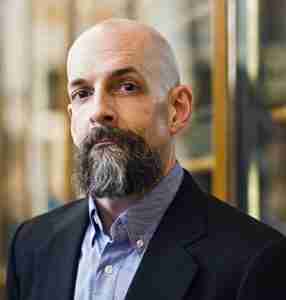 What is great about Mr. Stepehnson is his ability to combine a futuristic plot and layer it with heavy bands of ancient Sumerian. The language and the mythology of that past civilization are critical pieces to the ultimate resolution of the plot in Snow Crash. This might sound a little silly as I describe it. Within Mr. Stephenson’s written world, it is presented in an entirely engaging manner. It drew me in enough that I would spend some time in the library reading more about ancient Sumeria. In every novel since Snow Crash Mr. Stephenson has found a way to continue this combination of the historical with the future.

Over the past twenty-four years and eight successive novels Mr. Stephenson has provided one of the most interesting voices in all of literature, not just cyberpunk. If you have never experienced his writing Snow Crash is the best place to begin.