One of the great things about the current streaming platforms is the opportunity for adaptations of my favorite novels. I can finally get the depth and length I want to see in an adaptation over more than the typical length of a theatrical film. It is rare that I don’t look forward to seeing it come out. The recent series “Shadow and Bone” has taken an interesting path to its screen version. 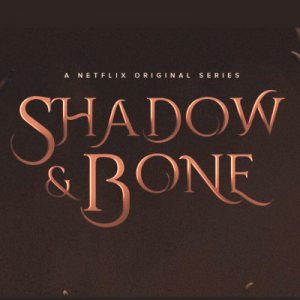 The story is based on the trilogy from author Leigh Bardugo. The story is of a land rent by a physical darkness called The Rift. To cross through it is full of risk. The original trio of books tells the story of orphans Alina and Mal as they get caught up in the political machinations when one of them is revealed to have unique powers. The first three books are all about that. Here is the thing those are not Ms. Bardugo’s best writing. They set up the characters but it kind of moves predictably through the typical fantasy motions. I really became a fan of the author when she published her second set of two books based around a group of thieves called The Crows. These are far more interesting than Alina and Mal. On the way to the small screen the television adapter Eric Heisserer must have also thought the same thing. With the help of Ms. Bardugo they retconned The Crows into the original story retaining some of the plot from the printed version which takes place after the original trilogy. It makes all the difference.

In the beginning we learn that one of our protagonists is a Sun Summoner who can broadcast light allowing travel through The Rift. There is a belief that kind of being might even be able to banish The Rift altogether. They are the target of many who have plans to use that power for their own ends.

This is where The Crows come in. Their leader Kaz takes on a contract to kidnap the Sun Summoner and bring them back across The Rift to be used by the crime lord there. There are three members of The Crows, Kaz, Inej, and Jesper. Inej’s religion believes in the Sun Summoner as an omen of new times. Her loyalties are tested between faith and friendship.

The inclusion of The Crows makes this first season much better than the books, either of them. There are moments it is heist then Game of Thrones-like politics then a love story of orphans who keep finding each other.

This is what a smart adaptation can achieve when all involved don’t just blindly follow the printed page. By making the effort to combine the two books the series “Shadow and Bone” summons its own bright light of intelligence.