One of my favorite genres of science fiction is cyberpunk. While the genre was birthed in the 1970’s it wouldn’t really gain a foothold until the publication of 1984’s Neuromancer by author William Gibson. The genre has produced some of the most imaginative authors writing today. I recently read the latest addition to the genre author Ramez Naan and his Nexus trilogy.

All cyberpunk novels are set in the near-future; close enough to believe you will see it happen. Nexus starts off in 2040. The title refers to a “nano-drug” which allows the user to become superhuman in consciousness while also adding an ability to connect with other users. Our protagonist Kaden Lane is one of the designers of Nexus and he has just improved it to its newest iteration. He is unsure whether it should be shared. The first book is about the pressure he faces as governments want to control him and through him the new Nexus. Scientists who want to use it for discovery. Others who want to use it to unite the entire world in a collective. 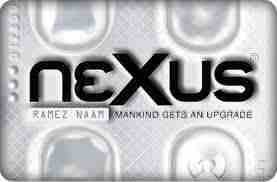 What cyberpunk does at its best is to ask the provocative questions of tomorrow in a fictional setting today. Nexus asks who will be responsible for the genetic and pharmaceutical innovations. Will these advances create a superhuman population which will live above the non-enhanced? In Nexus the US and China have made different decisions on how to control and embrace it. Mr. Naam tortures his young scientist as he has to come to grips with his invention having put him on a turbulent sea of influences.

The prose is definitely worth the price of admission but there was another thing about Nexus I enjoyed. It was released in its first incarnation as an e-book. Mr. Naam takes advantage of the different template reading on an electronic device brings to storytelling. I do all my reading on my tablet; Nexus was the first book meant to be read there. There are subtle nods to the electronic interface over the printed page. It draws me even deeper into this world Mr. Naam has created.

Now that the summer is over if you’re looking for some reading material which will provide something more than thrilling heroics Nexus is worth seeking out.