I love being a geek in this present time. For over forty years I have been a fellow traveler with my heroes as we journey to fantastic new places or protect the world from bad guys. For most of those years it was easy for me to see myself as Mr. Spock, Frodo, Bruce Wayne, or Peter Parker. They shared a skin color with me; I could pretend to be any of those. The first time I became aware of this was in high school as my social circle read J.R.R. Tolkein’s “Lord of the Rings”. We all took alternate names from the books. I remember my friend Rodney, who was black, also played along. Except he chose a white character to take a name from because there wasn’t anyone who looked like him in the story. 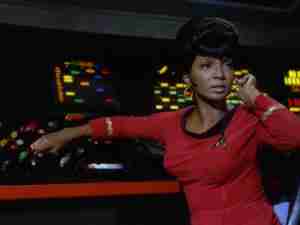 The other affirmation of the power of having someone who looks like you doing heroic things comes from actress Nichelle Nichols who played Lieutenant Uhura on Star Trek. After the first season had finished she said to the creator of Star Trek, Gene Roddenberry, that she was going to leave the show. Soon after she was at an NAACP meeting and she met someone there who was a fan; Dr. Martin Luther King Jr. He told her how Star Trek was the only television show he let his young children watch because of her character. A black woman on the bridge seen as equal to everyone else there. She was there not to preach but simply to show that equality comes in funny guises. Ms. Nichols would be instrumental in recruiting female and non-white candidates to NASA as astronauts. It is what it means to see someone who looks like you, being heroic. 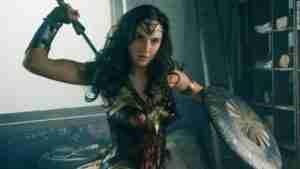 In the last year there have been so many examples. The female centric heart of “Wonder Woman”. The new core of heroes in the new Star Wars trilogy. The spectacular re-imaging of the superhero through an African-American lens in “Black Panther”. 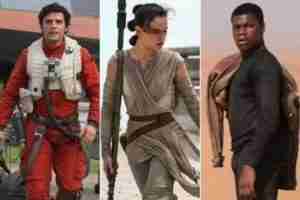 That each movie was helmed by directors and writers, intent on making these visions seem normal without feeling like you’re being told it is special. As Diana Prince faces down the villain in the epic final act of Wonder Woman there is no thought that she is weaker. When Rey ignites her lightsaber she is every bit as formidable as anyone who has wielded one. Literally, the entire set of characters in Black Panther show strength of character is not the exclusive property of Caucasians. 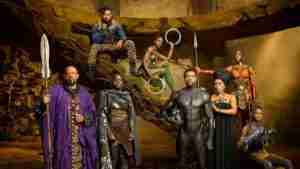 The Cast of Black Panther

I have mentioned this in the past, but I use the cosplayers at Comic-Con as barometers of how far things have progressed. Last year there were a lot more Wonder Women and Reys walking around as women found new ways to represent themselves. I can’t wait for this October because I suspect Black Panther is about to have a similar impact.

The great mass of us geeks are often referred to as “fanboys” and as recently as five years ago that was accurate. With the inclusivity of heroes who look like more of the world I think we’re going to have to find another word.