I remember a time many years ago, when the idea of a superhero movie based on the comics was laughable. Whenever I would sit with my fellow geeks reading the week’s comics there was a bit of wistful hope that someday the comics would come to the cinema. It could be said the turning point came with the release of The X-Men in 2000. I remember sitting in the theatre at the end of it and saying softly, “Perfect”. This was what geeks had hoped for a director and writer who treated the source material respectfully. Bryan Singer did that and really laid down the formula for the best of the movies that have followed. When the creative team has been a fan of the comic it usually produces a good to great movie. When it becomes more cynical it usually produces something that kind of attitude should produce. 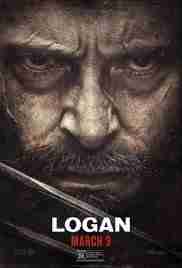 The X-Men have been one of the successes because the people who are in charge do love the material they are adapting. The latest release in the family is “Logan” and it sort of closes the circle begun with that first X-Men movie.

When it comes to the X-Men the most popular mutant is and has always been Wolverine. When Mr. Singer cast Hugh Jackman in the role I don’t know if he knew what an ideal choice he would be. Mr. Jackman has never treated the role as anything but serious. Even when interviewed about it he embraces playing this particular superhero. It is why with “Logan” I am sorry to see his time with the character come to an end but it does come to a beautiful conclusion. 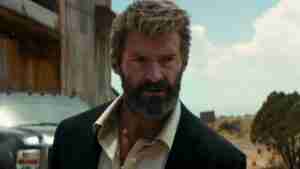 “Logan” is an adaptation of the Old Man Logan story from the comics. Directed by James Mangold with a script he co-wrote it tells a story of the future set in 2029. In that time mutants, have stopped being born while the ones which exist have been slowly lost. Logan lives as a limousine driver in El Paso when the movie opens. It is revealed that he lives with a tracker of mutants named Caliban and an aged Professor X who is suffering from a neurodegenerative disease. When the most powerful telepath has a seizure it is not a pretty sight and Logan is one of the few who can get close enough to help when Professor X has one. A mysterious little girl shows up at the same time as a cybernetically enhanced band of hunters called The Reavers do. The rest of the movie is our trio of Logan, Professor X, and the girl attempting to stay ahead of their pursuers until they get to a purported safe haven.

Once again it is Mr. Jackman who portrays the duality of savagery and sensitivity within Wolverine. He makes both sides of the personality believable. As the movie drew to a close I wonder about the next actor who has to follow this performance. It is difficult to think of anyone who can do a better job.

One last thing I am pleased about is the studio was unafraid for this to be an R-rated movie allowing for the violence to be more visceral which it is. For the first time the damage a man with metal claws can do is shown. For that reason, if you have younger kids who are fans you might not want to take them to see Logan

If you have been a fan of The X-Men and Wolverine on the screen Logan is the fitting epilogue to seventeen years of movies. It is the kind of superhero movie I am surprised to see made and I had the same response to the final scene here as I did seventeen years ago, “Perfect”.