I always spend that time after Christmas trying to see all of the movies getting awards buzz. One reason is I like to have rooting interests in the categories on Oscar night. It is usually one of my favorite times of the year because I end up seeing a wide array of very good to great movies infused with laudable performances. Two years ago, I remember walking away from seeing Birdman and wondering what I was missing. It was winning awards left and right but I hated the movie; it was torture sitting through it. It was such a bad experience I almost did not go see the same director’s next movie last year’s The Revenant which I enjoyed much more. 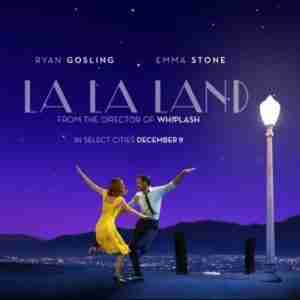 So far this year I have caught up to almost everything I suspect will be nominated. I saved what I thought was going to be the best for last, La La Land. La La Land is a modern musical by director Damien Chazelle starring Emma Stone and Ryan Gosling. It is the story of Mia (Ms. Stone) and Sebastian (Mr. Gosling) as they meet in current day Los Angeles. Mia is an aspiring actress and Sebastian is a musician whose affection for jazz is the most important thing in his life. Through four season-themed chapters the story follows the relationship of these two. There are big showy musical numbers like the one which opens the movies as the people stuck in an LA traffic jam break into song and dance while sitting still on the freeway. There are also some simple more personal numbers. Right there was my first issue. 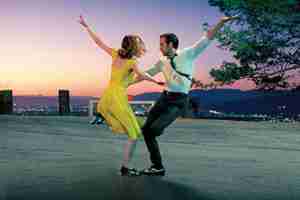 When I name a musical, there is always a show-stopping tune that you remember. The adjective itself means a performance so amazing the entire story telling takes a moment to catch its breath before moving on. La La Land has none of that. The new songs are thematically and musically bland except for the very last one, “Audition”, which has killer lyrics but no tune. One reason for this is Ms. Stone and Mr. Gosling are not singers and so the songs have to be kept within their narrow vocal range hobbling them fatally. There is a part of me that would like to see a real musical actress like Idina Menzel give “Audition” a go. First flaw was this is a musical which has nothing I care to listen to after the movie.

Second flaw is the main characters themselves. I’m not sure if they are supposed to be Mr. Chazelle’s commentary on how shallow a personality you must be to chase acting or music. If that was his aim he succeeds at that because the two characters I’m supposed to root for to fall in love are so vapid I couldn’t ever invest in their relationship. Even as spectacularly staged production numbers tell me I should. The acting was the second flaw.

The final straw was the way the story was constructed. This over two-hour movie meanders along until the final 15 minutes or so. Then it is like hitting the fast-forward button everything that hasn’t been happening happens almost immediately. The whole final act felt like sloppy writing with an ending where Mr. Chazelle, who also wrote this, just couldn’t pull the trigger on the ending the characters had earned. Instead it is this stupid montage meant to evoke the idea that life is nothing but a variety of jazz riffs.

What I did like very much, and why I think this is getting all the award love, is the way the movie looks. Mr. Chazelle dresses everyone in primary colors against wide open backdrops. The sequence in the first chapter where Mia goes to a party is an example of bravura direction in getting these moving parts together. This is the one consistent high quality thing in La La Land.

I do now have my rooting interest and first and foremost I want a La La Land shutout. I know it will get the nominations but everything I’ve seen so far is so much better than this.