I have been spending many of these quarantine days with iTunes on shuffle letting it take me where it may. In a personal library of tens of thousands of songs it makes me laugh when it manages to use the same artist back-to-back. This time it brought to the forefront of my mind one of my favorite singer-songwriters, Kate Bush. 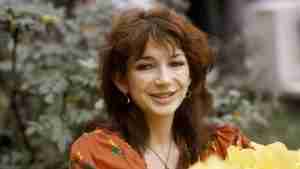 Ms. Bush is one of the most influential musicians you might not have heard of. I wouldn’t have heard of her unless one of my college friends brought to my attention her first album released in 1978, “The Kick Inside”. Discovered as a teenager by David Gilmour of Pink Floyd she was given unheard of latitude to develop her talent. She was signed to a contract which gave her the freedom to form her distinctive music without most of the usual corporate strings. “The Kick Inside” was a huge hit in Europe but not so much in the US. I don’t know why she was never given the radio airplay needed to catch hold here, but it didn’t matter.

One of the more interesting things Ms. Bush did with the money paid to her is she enrolled in an interpretive dance class. One of the few corporate strings she did deal with was the desire to have her tour. When her second album “Lionheart” was released she staged the only tour she would ever do. It was a multimedia extravaganza with whale song, poetry readings, props like a giant egg, and modern choreography. She even innovated the first headset microphone out of wire hangers so her hands would be free to dance and sing. After a six-week tour of Europe she ended the tour from exhaustion. She wouldn’t take the stage again until a three-week residency in London in 2014.

Her entire music catalog is a creation of an artist given the freedom to be who she wanted to be. She would come to the attention of most Americans in her 1986 duet with Peter Gabriel, “Don’t Give Up”. Released between the Mr. Gabriel’s monster hits “Sledgehammer” and “In Your Eyes” it was put in heavy rotation on MTV. I spent a lot of time making copies of her first five albums for her “new” fans.

What has usually happened is they are drawn into the unique vocals and lyrics as performed by Ms. Bush. Her first single “Wuthering Heights” was based on the classic novel. Her voice has evolved into a jazzier version on her last released album in 2011 “50 Words for Snow”. “Wild Man” chronicles the search for the Yeti in the same way “Wuthering Heights” depicted Catherine yearning for Heathcliff. From foggy moor to high Himalayas it seems to neatly bookend one of the most influential careers in music.