If you grew up in the 1960’s and 70’s you probably heard a familiar dismissal of this new-fangled rock and roll music, “It will never last.” That would be further supported that there were no Sinatras, Comos, Crosby, etc. doing that crazy music. Of course, it was frustrating to know that the only proof that they were wrong was living long enough to see the truth of it all. I have been in a reflective mood because I have been reminded that thirty years ago there were a trio of albums which in many ways defined the ways this rock and roll music was going to diversify; they are also among the greatest albums of all-time. I am talking about “The Joshua Tree” by U2, “Sign O’ The Times” by Prince, and “YO! Bum Rush the Show” by Public Enemy. 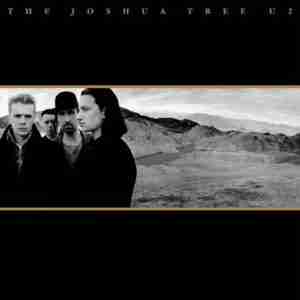 “The Joshua Tree” was the album which was the slingshot to superstardom for the Irish quartet of Bono, The Edge, Adam Clayton, and Larry Mullen Jr. Their success had been consistently rising but they carried the sometimes-dismissive label of “experimental” especially since the previous album, The Unforgettable Fire was all over the place musically. What often gets forgotten is experimentation leads to discovery and during the process of recording “The Unforgettable Fire” U2 discovered the foundation of their music going forward. Combining with the same production team of Brian Eno and Daniel Lanois; “The Joshua Tree” would be the glorious result of that process. The opening track “Where the Streets Have No Name” still rings true three decades hence. “With or Without You” is a song of disaffection but it is the way the guitars and drums diminish at the end which seals the emotion of the lyrics. 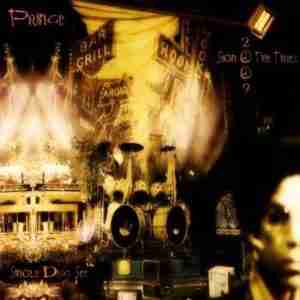 All throughout the 80’s the idea of rock and roll was being redefined. Prince was an artist who fused crunching guitar onto a funky foundation matched with his distinct vocals to produce his own corner of the genre. “Sign O’ The Times” is the greatest example of this and I consider it Prince’s best album. Prince has been compared to Jimi Hendrix as a guitarist and most of that has to do with the easy comparison of race. It downplays that he is as elite a lead guitarist as anyone who has ever picked up the instrument. “Sign O’The Times” is the dissertation where he lays it out there to be seen. A double album, many of the tracks carry elongated guitar solos to match with the lyrics and the drum machine laden funk underneath it all. The title track which leads it off is one of the greatest displays of every facet of talent Prince contained. “U Got the Look” where he would duet with Sheena Easton was a giant hit because all of this was distilled into a set of matching vocals trading jabs. 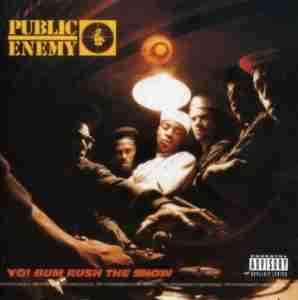 1987 also saw the beginning of what has become one of the most dominant music genres of today; hip-hop. Spending a lot of time in New York City during this time I saw the building blocks of the East Coast version which would assemble into the debut album of one of the seminal hip-hop bands Public Enemy, “YO! Bum Rush the Show”.  Public Enemy was fronted by Chuck D, Flavor Flav, and backed by DJ Terminator X. Up until this point hip-hop was all about talking about yourself. Public Enemy would be one of the first to take on what it meant to be black in America. Terminator X used the technique of scratching to lay down unsettling sonic foundations for Chuck D and Flavor Flav to build upon. Those words are what become the percussion and the message. This was not safe it was troubling because these were authentic voices from a portion of society being allowed the chance to express it to a larger audience. This was the year where hip-hop stole into the spotlight; Public Enemy was not going to let it go out which is why it is now so popular.

As my birthday gets closer I begin to realize how much I’ve experienced. Looking back thirty years ago shows rock and roll has lasted. Not that anyone who told me it wouldn’t is around for me to tell them so.