I have a friend who can throw darts extremely accurately. He can explain in perfect detail and example how he does it. I can listen to every word. I can practice for hours. I am never going to be as good as my friend. The other part of this is he makes throwing darts look as easy as it can be. If I ever had a desire to be an elite darts player, it wouldn’t matter how hard I tried. I don’t think I would be better than my friend. Even thought he makes it look natural there is a special something he has which elevates him to the high level of his game. 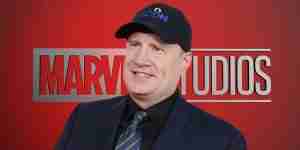 When it comes to movies, I think the mastermind behind the Marvel Cinematic Universe (MCU), Kevin Feige has also made it look easy. He created the concept of an interconnected set of movies leading up to even bigger movies with lots of the characters. He also has overseen the casting of some of the most iconic comic heroes with the perfect real-life representation. Over 12 years they haven’t made a bad casting decision. They’ve been so good at it you are disappointed when the character on the page doesn’t resemble the actress. The movies have grossed billions of dollars and they are now creating a legacy on Disney + in streaming television.

It looks so easy that Saturday Night Live did a parody ad where they prefaced one ludicrous idea after another with “Marvel Presents”. My favorite was “Marvel Presents Some Shopping Carts”. I have such faith in the team behind the MCU that I kind of believe they could pull that off. Mr. Feige has made it look easy.

Which is why the other franchises that wanted to create their own “universe” must wonder why they have failed. Universal wanted to take their classic monsters like Dracula, The Mummy, and The Werewolf to create the Universal Monster Universe. If that is the first time you’ve heard that you now understand its fate. Warner Brothers wanted to take the big creatures of Godzilla and King Kong and create a MonsterVerse. Godzilla v. Kong is the fourth and likely last of that experiment.

The inept flailing of DC to create their own counterpart to the MCU has become like the sibling who is the screw-up next to the Ivy League level MCU. The DC Extended Universe’s best attempt is to go turn a 2-hour movie into a 4-hour movie with a bunch of cliffhangers they will never resolve. Zach Snyder’s Justice League encapsulates all the difficulty DC is having.

It makes me appreciate what Marvel has achieved even more. Because it ain’t easy to build a movie “universe”.