I have often said we are living in a Golden Age of Perfumery because of the sheer breadth of artists working on making fragrance. When there are over 1300 new releases a year the chance for true artistry to exist within that large number is high. I also think we are living in a Golden Age of Television Drama for many of the same reasons. With 500 channels, and counting, to fill up with content; not including the streaming services like Netflix the chance for true artistry and vision to exist is high. Just before sitting down to write this I looked at my DVR to see the list of shows I record currently: The Walking Dead, The Good Wife, Masters of Sex, Homeland, Mad Men, Sherlock, House of Cards, Game of Thrones, The Americans, not to mention the recently completed Breaking Bad. Even with all of that I haven’t caught up to others which have been highly praised like Orange is the New Black and Boardwalk Empire. It feels just like the effort I have to make to keep up with new perfume releases, there just isn’t enough time to catch it all. If you are a fan of the great television currently going on I want to alert you to a fantastic new series on HBO called True Detective, it is among the best acting, writing, and directing on television I have ever seen. 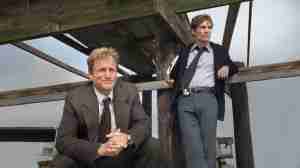 Woddy Harrelson as Marty Hart (l.) and Matthew Mcconaughey as Rust Cohle in 1995

True Detective is meant to be a seasonal anthology series like American Horror Story with each season containing one complete story. For this first season writer and creator Nic Pizzolatto and director Cary Joji Fukunaga have created a story of two very different men and how the ritual murder of a woman affects them individually and as a team. The two actors at the heart of True Detective are giving stellar performances. Woody Harrelson as family man Marty Hart is about as far from his dim but lovable bartender on “Cheers” as can be. Matthew McConaughey is man with a past Rust Cohle newly assigned as Hart’s partner which is about as far from his happy stoner in “Dazed and Confused” as can be. Both actors have turned in memorable dramatic performances in the past but together in True Detective they are truly stepping it up to new heights. 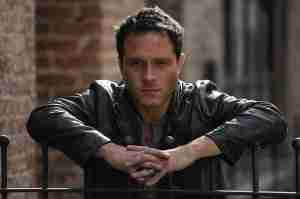 The story goes back and forth from Louisiana in 1995 as Hart and Cohle investigate the ritual murder of a young woman and 2012 where two new detectives interview them separately about the case. In 1995 both men are trying to find that common ground necessary to work together and having difficulty doing that. Hart is almost the clichéd family man detective having an affair but Mr. Pizzolatto has more to say about that as we see more of the underlying needs that make Hart tick. The reason that we see that is because Cohle unsettles him on multiple levels. He is smarter, is a better detective, and the only thing Hart has that Cohle doesn’t is a family. 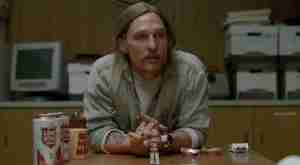 The physical differences in Cohle as a younger man and older man are striking. As the 1995 Cohle Mr. McConaughey is gaunt and unrecognizable as the 2005 People Magazine Sexiest Man Alive. The 2012 version is a bit of Dazed and Confused Danny Wooderson, if viewed through a dark prism. The physical changes signal something different in the two time periods for Cohle. Woody Harrelson is physically unchanged but psychologically as different as Cohle looks physically. Mr. Harrelson lets that show in a wonderfully nuanced performance especially in the 2012 interview scenes. 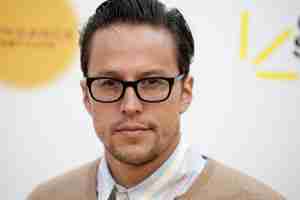 Halfway through the eight episodes True Detective has the atmosphere of the movie “Se7en” if it was seen as a Southern Gothic thriller. Mr. Fukunaga has used his framing to make some things uncomfortably close and other times the atmospherics seem as much a character as the protagonists. At the end of the fourth episode there is a six minute single take shot, called a tracking shot, of Cohle escaping a shootout that is as technically difficult to achieve as it sounds. One mistake and you have to go right back to the beginning; only the most skilled and confident attempt such a thing.

This group of four amazing artists are creating something memorable in this halcyon era of fantastic television. If you love great acting, writing, and directing add True Detective to your DVR or Netflix queue this is as good as it gets. 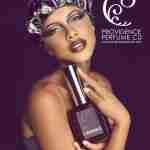 Editor’s Note: I have been wearing a dab of Charna Ethier’s Providence Perfume Company Moss Gown to give me a bit of an olfactory soundtrack to go with the visual.