When I was a young man summer always meant time to read for fun. I would inevitably binge read within a genre. In the summer of 1980 the topic was horror fiction. I devoured the Stephen King catalogue. I finally journeyed to H.P. Lovecraft’s Cthulu. Revisited the classics of the genre by Shirley Jackson, Daphne DuMaurier, and Oscar Wilde. Throughout that long summer full of suspense and my screaming “don’t do that!” in my head just before someone on the page “did that” I was asked which book was the scariest. The answer I gave that summer is the same answer I would give to the question in 2016; Ghost Story by Peter Straub. 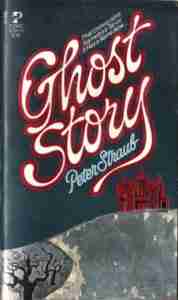 In 1980 when there was no such thing as the internet I relied on the clerk at my favorite bookstore to guide me to something I might like. As I was running out of possibilities I asked the guy who was working at the Grove Bookstore if there was a horror book I was overlooking. He smiled and told me it had just come out in paperback and pointed at Ghost Story. Most of my book buying at that time was driven by what was on the back cover describing the contents. The people who wrote the one for Ghost Story completely buried the lede in their description. I looked skeptically at my guide but trusted his taste more than the description on the back cover. 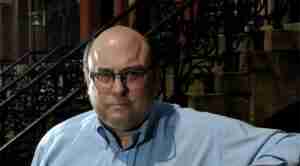 Peter Straub was an author in search of mainstream success throughout the 1970’s. At first he wanted to be a literary writer of novels of concept. After writing two of those his agent suggested Gothic might be a better genre choice which produced “Julia” with some horror elements. His fourth book “If You Could See Me Now” completely embraced the style which would set the stage for his fifth novel “Ghost Story”.

“Ghost Story” is the tale of five men from the town of Milburn, NY a small community where five young scions christened themselves “The Chowder Society”. As the book opens the members of The Chowder Society are old men drawn back to Milburn by the death of one of them who was found dead on the floor with a look of terror on his face. Another character is the nephew of one of The Chowder Society who has seemingly kidnapped a young girl and is also headed to Milburn. As the story reveals through the perspectives of each character the secrets we hold can sometimes transform themselves into actual monsters. As the town of Milburn slowly becomes enveloped in a winter storm the monster begins to kill.

“Ghost Story” is considered a classic of the horror fiction genre because Mr. Straub’s literary prose leant a formal air to the horrific proceedings taking place on the page. There were many times I re-read a passage because Mr. Straub would gut punch me with a shock related in beautifully connected words. There is a passage within the climax of the book where Mr. Straub sent delicious shivers throughout my body with the coming together of the plot and the imagery depicted on the page.

I stupidly finished reading Ghost Story around ten o’clock in the evening and then thought I might be able to go to sleep. Instead I called some friends to go to a midnight movie where I made sure we did not go to the screen with “Night of the Living Dead” on it.

If you need a scary story for this Halloween; Ghost Story is the scariest one I know of.

One thought on “The Sunday Magazine: Ghost Story by Peter Straub”