It is a curious thing when a song begins to stand for something diametrically opposed to the lyrics. There are many examples of this but it is always this time of year that makes me shake my head over the misuse of the 1973 hit by The O’Jays, “For the Love of Money”. 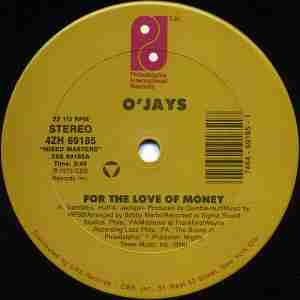 If you have watched television at all over the past month and don’t fast forward through the commercials you have heard the iconic bass line and the opening lyrics, “money, money, money, money….money” advertising income tax specialists H&R Block. If you’re a fan of the reality television show The Celebrity Apprentice the same combination provides the theme song to the series. In both of these cases the song is used to promote the actual love of money, as in greed, as a desirable thing. The sad thing is if they paid attention to more than the first sixty seconds of the song they would hear a song which speaks about the love of money as a bad thing. After talking about stealing from your brother or your mother, lying or beating some on up, or prostitution. The song concludes with the lyrics, “don’t let, don’t let, don’t let money rule you”. How a song preaching against the love of money has become the theme song for greed is fascinating to me. That people who extol the accumulation of wealth like Donald Trump use it makes me wonder what the song writers think about how their song has been used. I was unable to find a quote from any of them on the subject. It will remain a mystery. 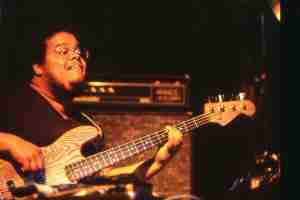 When I looked up the song writing credits I found something which did make me smile because it seems the lyric writers walked the walk. As I already mentioned that bass line which runs throughout the song is maybe the most recognizable bass line in rock music. Bass player Anthony Jackson was fooling around with new equipment in the studio and running his bass line through a device called a phaser. A phaser takes a guitar line and transforms it. Mr. Jackson was already using a wah-wah pedal when the engineer took the bass line and put it through the phaser. Right there was when the bass line was born. What is special about it is Mr. Jackson was given co-songwriting credit with Kenneth Gamble and Leon Huff who wrote the lyrics. Even they recognized the bass line was as important as any word being sung. It is not a common practice in the music business. What I think it shows is Mr. Gamble and Mr. Huff lived up to the lyrics they were singing over Mr. Jackson’s bass line. By allowing him songwriting credit he gets a residual check every time the song is played. So while H&R Block and Donald Trump might not “get it” at least Mr. Jackson is reaping the rewards of their ignorance. For the love of money, indeed.