I have been reading comic books for fifty years. I have made them part of my regular reading since I discovered my father’s collection of Batman comics. When I went to my local drugstore besides the DC Comics which featured Batman and Superman there was this other publisher. Marvel Comics had a family turned in to superheroes called the Fantastic Four. There was a high school kid who could do whatever a spider can. Batman and Superman always felt like beings who stood apart. The Marvel heroes always felt like one of us if we somehow acquired enhanced abilities. It was what made me a reader of those comics for nearly my entire life.

It is why what Marvel has done with their movies called the Marvel Cinematic Universe, has been so thrilling. They have taken that experience of reading the latest issue by myself in the drugstore and translated it to a communal experience in the dark. Since the release of Iron Man in 2008 they have built movie by movie a visual experience similar to the printed page. It has been a masterful exercise in getting more than the comic book lovers in to the theatre. By any metric you name Marvel movies are huge.

DC has been less proficient at doing this. The 1970’s version of Superman played by Christopher Reeve and the early 21st century version of Batman directed by Christopher Nolan were successes but they stood as islands. DC was unable to build the connective tissue necessary to connect their properties into a cinematic universe; more like an archipelago. After watching their friendly rivals rise up, the powers that be at DC have decided to try and follow the blueprint laid out by Marvel. 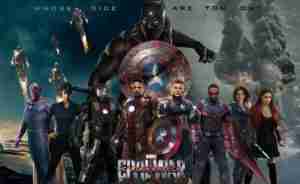 Which has led to this summer’s two movies which essentially explore the same theme. When superheroes save the day from huge galactic threats what about the damage to the poor humans on the periphery of the battle. Both Batman v. Superman and Captain America: Civil War used the events of previous movies as the launching point for this discussion. In Man of Steel Superman destroyed Metropolis in his battle at the end of the movie more decidedly than any villain. In Avengers: Age of Ultron in saving the country of Sokovia there was a lot of destruction leading to “saving” the world. One movie thoughtfully posed the question and let all of their characters choose to speak for themselves. One movie forgot entirely about the question halfway through in lieu of another big fight scene.

Batman v. Superman was so interested in setting up their future movies the interesting moral point got lost in the ham-handed effort to draw you into those films. Captain America: Civil War never lets the morality get lost. The very core of these characters we have watched develop on screen for eight years was played out in ways which felt earned. Each character’s choice is understandable. Plus, the filmmakers have to be applauded for not tying it all up with a pretty red ribbon. At the end of Captain America: Civil War these choices had consequences; which we will see play out over the next few movies.

It is that right there which makes Marvel movies the success they are. This story has been being told for eight years by actors, writers, and directors who love these properties. Everything that happens in Captain America: Civil War connects back to when we saw Tony Stark become Iron Man in 2008. What happens with DC is the people they choose to oversee their properties can’t resist tinkering with their basic natures. The evolution of Superman into a character who doesn’t care that the destruction of his fight is dropping debris on his city is just wrong. It may be gritty but it isn’t Superman.

In the end the characters I read for the last fifty years from Marvel have all leapt to the silver screen in a form I recognize and love no tinkering necessary. DC has managed to take the same beloved characters and make them cynical shills for future poorly plotted movies. In this Civil War there is only one winner; Marvel.