With the return of cocktail culture over the last few years, thank you “Mad Men”, there has been an influx of ingredients found on the liquor store shelf which rarely showed up previously. One whole category of liqueurs that has really found a foothold are those called Amaro.

Amaro liqueurs are a class of herbal, bittersweet liqueur. For those who live in Europe, Amaro liqueurs have been drunk neat as a digestif for years. As bartenders in the US wanted to add new spins on their own contemporary cocktails they turned to importing some of the more interesting versions. While Amaro describes the group the variations are very broad. 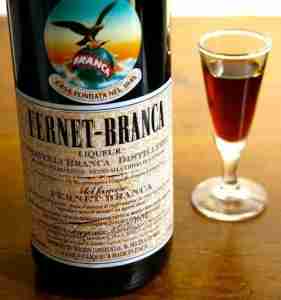 Fernet-Branca is an amaro which has a strong herbal licorice character; more Ricola than Twizzlers. It also has an almost perfume like combination of other ingredients including saffron, cardamom, rhubarb, and myrrh. Yes myrrh. The smell of Fernet-Branca is a wonderfully bitter design. My favorite Fernet-Branca cocktail is to add it to a traditional martini. That cocktail is called a Hanky Panky.

Stir all of the ingredients in a glass filled with ice and strain into a martini glass. Garnish with an orange peel. Like a martini feel free to reduce the vermouth and up the Fernet-Branca to taste. 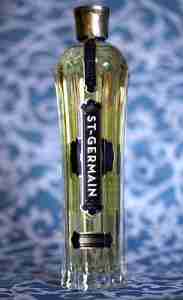 The forerunner of the amaros finding their way to the US was the introduction in 2007 of St. Germain liqueur. St. Germain is an elderflower liqueur which was a trendy drink prior to cocktail culture taking off. Once it did St. Germain was a natural to become used as any other amaro is used. It is part of one of my favorite champagne cocktail recipes that gets a lot of use during the Holidays called the Bois de Rose.

Take everything but the champagne and add to a shaker containing ice. Strain into a champagne flute filling it halfway and then fill the rest of the way with the sparkling wine. Garnish with a lemon twist. 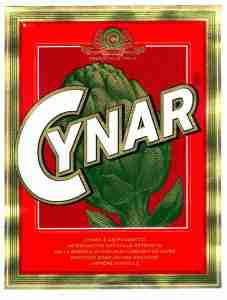 My favorite amaro is called Cynar. Cynar is a mix of multiple herbal ingredients but is it what is pictured on the label which makes it distinctive, an artichoke. I first came across Cynar in a drink called The Norma Jean where it is combined with gin, lemon juice, mint, and simple syrup. It is one of my favorite summer drinks. My favorite use of Cynar is my alternative to egg nog called The Warm Fuzzies.

Put all of the ingredients in a shaker with no ice. Shake for about 30 seconds. Then add ice and shake for another 30 seconds. Strain into a glass and sprinkle some nutmeg on top.

As we enter the Holiday season give an amaro a try in your favorite drinks. It adds a unique kick to everything.

One thought on “The Sunday Magazine: Cocktails with Amaro”