One of the best things about comics is the amazing writers who will participate in writing them. No longer seen as something less than, novelists from all genres are willing to take on the cape and spandex protagonists. One novelist who has caught my attention over the last year is Saladin Ahmed. He has been the author of a truly amazing series featuring the King of the Inhumans, Black Bolt. If you’re saying, “who?” that’s not surprising. Many of the novelists are drawn to taking a character from the shelf and giving them a new spotlight. For forty years Black Bolt has been a stiff. In Mr. Ahmed’s hands he is fascinating. Even so he is still hemmed in by the accumulated canon history of the character. As I’ve appreciated the Black Bolt Series I wondered whether he would continue. Turns out he had an original character he wanted to do, Abbott, and the first two issues have been released from BOOM! Studios. 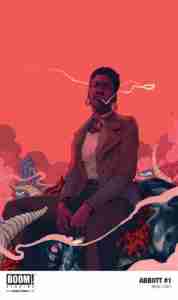 Mr. Ahmed grep up in Detroit during the 70’s and 80’s so he decided to set Abbott in that era. The title refers to black female journalist Elena Abbott. The time period sets her apart for her skin color and her gender. One thing I like about the first two issues is the way it isn’t dwelled upon, but it isn’t ignored. We know that Abbott has more than a mystery to deal with in her life. It is essentially one of my favorite genres of urban supernatural mystery. 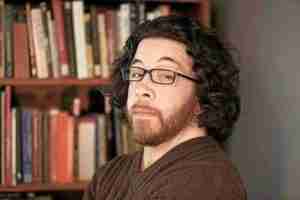 Abbott is out doing her job when she comes across a couple of mutilated bodies. It reminds her of the “unexplained” attack which killed her husband. She is still dealing with that loss because she saw something otherworldly take him. Mr. Ahmed gives Abbott personal quirks which give the reader a clue to what’s going on inside. The bodies provide her an opportunity to find some answers.

Mr. Ahmed has fully captured early 70’s Detroit. Abbott is a bit like the old Blaxploitation movies of the same era. Although the writing is better. Freed of some of the commercial restrains of corporate comics artist Sami Kivela saturates many of the panels with monochromatic hues to give a presence to the scene being portrayed.

The story is just getting ramped up only two issues in, but this has become one of my most looked forward to titles in 2018.

Now I have to go grab a copy of his fantasy series, “Throne of the Crescent Moon” to pass time between issues.