No matter what the artistic field we spend a lot of time calling things classics. It is normally meant to express our enthusiasm for something very new which we think is a cut above. To truly become a classic you have to pass a test which consists of time passing and retaining relevance. October 31, 1975 saw the beginning of something which was an “instant classic” that with 40 years of perspective has shed the instant part. That date was when the song Bohemian Rhapsody by the band Queen was released.

In 1975 rock music was still figuring it out. There was an aspect of an adolescent business trying to wear adult’s clothing. The business side of the music industry was certainly interested in mining it for profits. The best of the musicians were more intent on finding a way to do it their way. 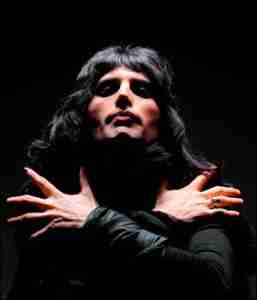 Queen was one of those bands which was adding in multiple influences to their songs. I remember hearing their first single in 1974 called “Killer Queen”. There seemed to be too many guitarists for a band in the first place. This was the recording effect called overdubbing where an artist would keep laying down track after track. In this case the lead guitarist Brian May laid down so many it gave the guitar lines a ridiculous depth. The other part of Killer Queen which was different was the use of multi-part harmonies this time provided by lead singer Freddie Mercury using the same overdubbing technique Mr. May used for the guitar line. Both of these techniques would reach their peak in Bohemian Rhapsody. It has been said there were over 120 different overdubs in the song. By the time they were laying down the last ones the first tapes from the early pieces were beginning to decay from overuse. In 1975 this was laborious hand-made work. In 2015 this is all accomplished on a laptop. I wonder if Mr. Mercury and Mr. May were starting out now what they could have created with today’s technology. 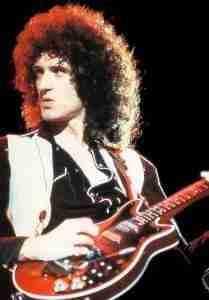 The overdubbing is an example of the DIY nature of music making most of the rock music acts of the era used. The ability to play instruments was also a very DIY thing too. Mr. Mercury wasn’t a trained piano player. Yet the piano intro to Bohemian Rhapsody is instantly recognizable. If Mr. Mercury was a self-taught quick study. Brian May was one of the most underrated guitarists going. When I would sit around with my friends and the subject of best guitarist came up Mr. May was always on my list. That I almost always had to add “the guitarist for Queen” in response to a quizzical look was proof of his low profile. Time has been the great leveler and Mr. May is now considered to be one of the very best. In Bohemian Rhapsody as the song transitions from the “opera” portion to the “rock” portion it is Mr. May driving it along.

The video was another barebones affair which worked as the band was asked to cut one to be shown on BBC’s Top of the Pops within a week. They managed to crank one out in about three hours of filming. If you watch it above it is all simple lighting effects in edits around the band playing the song onstage. It is stripped of artifice because the song contains more than enough. This is one of those things I am thankful is not happening today because I think it would have become an extravaganza instead of what it is.

Since its release in 1975 it was brought back into the pop culture discussion when featured in the movie “Wayne’s World” in 1992. Two years ago the Muppets did a YouTube version which is the second most viewed version of the song on that website.

As Bohemian Rhapsody enters mid-life it is gratifying to see it still remembered and revered as a classic.