When I’ve written about perfume brands which I have known since their earliest days I refer to them as “mine”. As in they will always belong to me because I knew them before everyone else. This attitude did not start with fragrance. It started with music. One of the first popular artists who I considered “mine” was Billy Joel.

When Mr. Joel had released his first big studio album “Piano Man” he had modest success mostly based on the title track. In the mid to late 1970’s the storyteller singer-songwriter was in vogue. The song Piano Man was one of the better examples of the form. 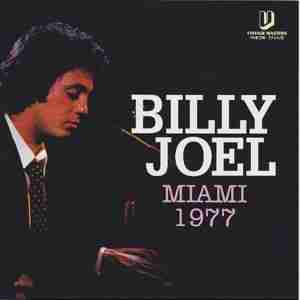 Where I became possessive of Mr. Joel came during the next few years as he worked hard putting out two more albums “Streetlife Serenade” and “Turnstiles”. During this time period he toured but there were two sections of the country which fully embraced him. His home town of New York City and Long Island along with South Florida. Because he was so beloved in South Florida I saw him often. Most of the time when he played in Miami he did so in a beautifully intimate Art Deco theatre called Gusman Hall which had been transformed from an old single-screen movie theatre called The Olympia. The hall has been renamed after that theatre these days. Gusman Hall was a perfectly attuned concert hall with the best acoustics in South Florida at the time. Seeing any act there was a treat. Mr. Joel turned it in to his home away from home.

Throughout the 1970’s I attended many shows there as he refined his sound and stage presence. Slowly adding in the members who would become part of the permanent band who still play with him today. What I remember seeing was a musician who loved being a musician. Even back then a sense of jadedness was creeping in to the music business; not for Mr. Joel. His concerts were parties which felt private in the small confines of Gusman Hall and I was one of the attendees. This made him “mine”. 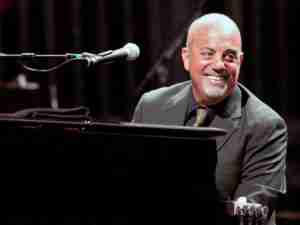 It would all take off in 1977 when he released the album “The Stranger”. Now everyone knew and loved Mr. Joel. As his fame grew he never forgot the support he received from his fans in Florida. As he began his tour supporting “The Stranger” and was selling out arenas everywhere he did something different when he came back to Miami. Instead of playing the local arena he played a string of shows at Gusman Hall over a few consecutive nights. I was there for one of those shows and it was a wonderfully sincere thank you to this group of fans. Before he launched in to his final encore he said as much to the audience.

I own every album he has released and his music has always been special to me mainly because I knew him when he was starting out. Now he is “mine” and many other’s one and only Piano Man.