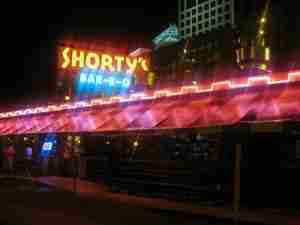 I started my life in, and have recently returned to, the southeast part of the US and the BBQ I grew up on is most often referred to as “Carolina BBQ”. One of my favorite restaurants as a child was Shorty’s where I would valiantly try and put away a basket of ribs slathered in the characteristic vinegar-based tangy bbq sauce. I always remember breathing in deeply when the ribs were delivered to the table to smell the smoke and the spices cooked into the meat. Carolina BBQ is almost always pork based and besides the ribs, pulled pork is the other specialty of the region.

Texas BBQ is beef based and it is the brisket which is the cut of choice. There are beef ribs but it is the meatier brisket which makes Texas BBQ special. I always think of Texas BBQ as sauce and smoke, but it’s mostly the smoke. They pioneered the use of mesquite wood chips as part of the smoking process to add an extra layer of flavor. This has expanded to all kind of exotic hardwoods all adding a unique flavor to the meat. The 2014 World Championship Barbecue Cooking Championship is happening this weekend in Memphis, TN and I always look to see what woods the winners are using. Besides the stand-bys of hickory, oak, and mesquite; I’ve seen applewood, maple, mulberry, and my favorite, whiskey barrel. I am waiting for someone to take a shot with oud some year. 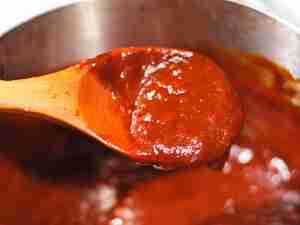 Texas BBQ is sauce and smoke, Kansas City BBQ is all about the sauce. The base of it is ketchup and molasses but after that the variations are endless. This is the sauce the majority of people identify as BBQ sauce and what you find on your supermarket shelf. I like to add chipotle and a secret ingredient a friend told me about, tamarind paste. This gives my BBQ sauce a bit of citrusy top note over the sweet and spicy. 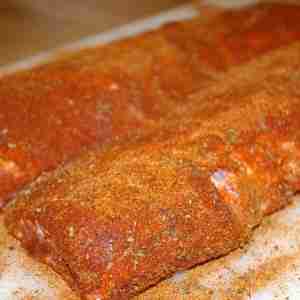 Racks of Ribs with Dry Rub on them

I may have grown up on Carolina BBQ but my favorite version is Memphis BBQ. That is mainly because through my love of perfume I have come to love spices, too. We are fortunate to have an outpost of Penzey’s Spices near where we live. Every visit there is as enjoyable as a visit to a perfume counter, for me. I spend time going through the ingredients looking for new things to cook with. By using a dry rub for Memphis BBQ you trim the fat off your rack of ribs and then rub in your spice mixture. The composition of the best dry rubs are as closely guarded as the formula of Coca-Cola. The final step after the meat has aged a few hours with the dry rub is to cook it in a smoker and then serve it off the grill right away.

I thought I would share my recipe for my dry rub with y’all if you are feeling adventurous:

Mix all of the ingredients in a bowl it will have a slightly sticky quality due to the coca-cola and brown sugar. To a trimmed full rack of ribs rub it all over and coat both sides of the rack. Once you are done wrap it in plastic wrap and let it sit for four hours at room temperature. Then take them out and either grill them or bake them in the oven.

It shouldn’t surprise you that after I finish BBQ’ing I often look longingly at the spicy section of the perfume vault. Where I can add my own fragrant “sauce” to myself.