The first fierce debates I can remember having is which superhero would win in a fight against another superhero. I would stake out a position, “Superman is invulnerable, duh!” Only to be met with the counter argument, “Batman would have a batarang made of kryptonite, duh!” This would take up way too much time at numerous sleep overs as we shared our comic books amongst ourselves. That child which is never buried very deep within myself was hoping that the new movie Batman v Superman: Dawn of Justice would be those conversations brought to life. After 2.5 hours of this I felt like the DC Universe was once again poorly served by some truly awful writing coupled with a way too aggressive marketing vibe which was jarring throughout the movie.

I was not a fan of the movie Man of Steel which introduced us to director Zack Snyder’s version of the DC Cinematic Universe. Mr. Snyder clearly wants to see these characters through a dark lens. While that works with Batman I feel it is antithetical to what Superman is about. Particularly at the end of Man of Steel when Superman and General Zod are destroying skyscrapers left and right with little regard to those in the buildings or on the street. This is not Superman. This leads to the biggest not Superman thing when he kills. That was where it lost me. I initially wanted nothing to do with Batman v Superman because of this. 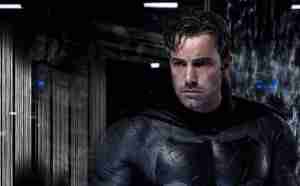 Then I saw the previews and the reason Batman was wanting a mano-a-mano with Superman was for the same reason I was irritated. Superman isn’t heroic when he brings the battle to the middle of the city he is supposed to protect. This is where Batman v Superman begins with Bruce Wayne’s perspective of this battle. As someone on the ground saving people from the destruction raining down. You see his anger building. We go through another re-telling of the loss of Bruce’s parents to criminals who shot them. As an aside will the next movie which uses Batman please have a moratorium on showing this scene, please. What was more powerful was seeing an empty Robin uniform with writing from The Joker on it representing a more current loss. This all makes a Batman who is older, angrier, more cemented in his opinion that he is the instrument of justice. I want to say right here Ben Affleck’s portrayal of Batman is the best part of the movie. Of everything I saw of future movies coming out of this universe the one thing I want to see is a Batman movie with this version of the character played by Mr. Affleck.

The rest of the movie felt like a gigantic commercial for other movies coming. Look here is Wonder Woman. There is The Flash. Is that Aquaman? This is the beginning of the Justice League. All that was missing was a flashing message with “Coming Soon and the date of the upcoming movie”. This had the effect of any commercial I kept asking myself if I wanted to buy any of this. What it also caused was it was so calculated in its marketing I didn’t care anymore. This is as joyless as a movie could be.

I lay this at the feet of Mr. Snyder who has decided that audiences want a gritty DC Universe and come what may that’s what we are going to get. I know Mr. Snyder is as much of a fan of the source material as me or anyone who reads comic books. The problem comes when he forgets that the DC characters’ big difference is they are mostly knights in shining armor. There may be a bit of tarnish here and there but in the end they are heroes because their goodness shines through. Mr. Snyder douses this in darkness and it makes them boring, and inconsistent. 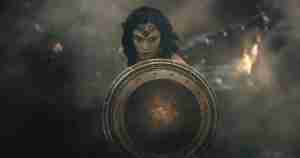 One thing I want to say almost all of the actors did a great job with poor dialogue. Henry Cavill as Superman has the necessary charm to play the character. Gal Gadot as Wonder Woman is also great she has a moment when she gets a huge smackdown and she gets up with a smile on her face and charges back in. Jesse Eisenberg is interesting as Lex Luthor. I wish they hadn’t decided to splice Lex’s genius with The Joker’s anarchy in Mr. Snyder’s universe. Had they let Mr. Eisenberg refine the same imperiousness he used when playing Facebook founder Mark Zuckerberg in “The Social Network” I believe he could’ve produced the definitive version of Lex Luthor on film.

Batman v Superman fails because it’s director and writers didn’t have the faith to be true to the iconic characters they were depicting. Instead they wanted to let us know what is coming up over the next few years more than they wanted to tell a story. Just like any infomercial which runs late in the night Batman v Superman has become too easy to ignore.