Endings are tough. They are doubly problematic when you are trying to do justice to a nearly eleven-year storyline. Avengers: Endgame manages to do a great job at fashioning an ending to volume 1 of the Marvel Cinematic Universe. Two weeks after the movie has been released, I’m not going to reveal any of the major plot points but there are some things I want to discuss which require a little more revelation. Which means if you haven’t seen the movie stop reading now. 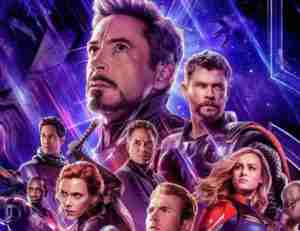 The first quarter of the movie is what the world looks like after Thanos snapped his fingers killing half of all life at the end of Infinity War. Our heroes are scarred by the loss. If we needed a reminder the first scene is Hawkeye losing his entire family. Captain Marvel arrives from the summons of Nick Fury at the end of Infinity War. Angry and sad they know where Thanos is and go after him. With two hours of movie left you can figure out they don’t succeed.

Then the movie leaps ahead five years. Things have dramatically changed. The remining heroes are all dealing with loss in their own ways. One goes to group therapy. One takes charge of coordinating the response to threats on Earth and the galaxy. One becomes a vigilante. One drowns himself in video games and beer. One finds a way to reconcile his inner and outer demons into a new whole. This is a short passage within the overall film, but it is one of my favorites. Directors Joe and Anthony Russo want to take a moment to show the cost of losing to heroes who have always saved the day. Five years later they each are still coming to terms with it.

Then a path to redemption appears. It requires the team to come together to try a long shot to fix things. They split up into teams each sent on a specific mission. As it was in Infinity War my favorite was the combination of Rocket Raccoon and Thor. I have enjoyed these two together so much over the last two movies I dearly want them to have a movie-length adventure all their own. Each mission finds an emotional resonance with the characters involved. This is where much of the groundwork laid over previous films is paid off. When characters run into other characters from their own movies it reinforces the interconnectedness of everything.

The missions succeed but the final battle remains. This is probably my least favorite part of it all. In trying to have everyone on the field for the final throwdown it got overly chaotic. There are some nice moments like when the female Avengers stand together in one passage. That our heroes win is a given.

What was nice was the epilogue where everyone takes stock of the price paid to win. There are deaths and poignant endings for many of our beloved heroes. As volume 1 comes to a close I like where this leaves the MCU as volume 2 begins.

I am ready to let Wakanda, and Black Panther, become the new center of things. Captain Marvel, Doctor Strange, and Ant-Man look like the cornerstones of this next iteration. Volume 2 starts with a wide-open universe to explore. I can’t wait.