This morning I will be sitting down in front of the television set to watch the final match of the 2013-14 season of Arsenal Football Club. I realized this will be the 20th season I have been following the club. I started following Arsenal back in 1994 after the World Cup had come to the United States that summer. Living on the East Coast of the US I was traveling from Washington DC to Boston, Massachusetts to see as many games as I could. Besides rooting for the home team US I was relishing the opportunity to see football played at the highest level. When I attended the match of Netherlands v. Saudi Arabia I watched one of the great national teams of that time. My favorite player on the Netherlands after viewing the team was their striker Dennis Bergkamp. After the World Cup was over I wanted to pick a favorite team to start to support and when I found out Mr. Bergkamp was the striker for Arsenal, a team was found. 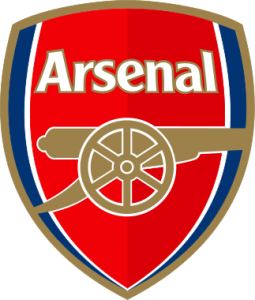 Arsenal’s nickname is The Gunners and those of us who support the team are referred to as Gooners. Over the twenty years I’ve walked around with a jersey on or my scarf in the winter I am frequently greeted with a hearty “Oi Gooner!” accompanied by a wink or a smile. It happens no matter where in the world I have been and it always makes me feel part of a vast worldwide family. I think that is part of the enduring appeal for me being part of this tribe of Gooners who all spend August through May of every year aspiring for our lads to carry the day.

From 1997 through 2005 Arsenal won the Premiership title three times and the FA Cup five times. The last title in 2003-04 was memorable as the team went through an entire 38 match season without losing which gave that team the nickname of “The Invincibles”. Since the last FA Cup victory in 2005 Arsenal has not lifted another trophy. The current season held out the possibility of glory as Arsenal was in first place for more time than any other team but as the season drew to a close injuries had caught up to them and they faded from the top of the table. As consolation for that disappointment they will be playing next weekend in the final of the FA Cup against Hull City and the opportunity for that trophy is exciting to break the drought for silverware. 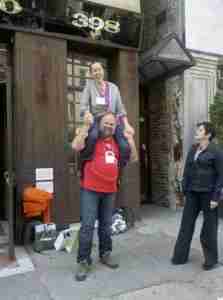 I visited London in December of 2005 during the last season at the stadium in Highbury and attended three games. All three games were memorable for me. In the first game against Birmingham I took my sports hating wife and shockingly she fell in love with the game and the atmosphere. She will be sitting next to me this morning when we watch our team together. Waiting for a colleague who worked in London to meet me for the second game a camera crew asked to interview me and I think they expected to capture the “golly gee whiz isn’t this soccer stuff neat”. What they got was a complete explanation of the defensive back four and the concern that there were too many injuries. I knew I had made an impression when the reporter re-filmed his intro. After the third game I ended up laughing with the fans in the Clock End and one of them said “I never expected to hear intelligent football talk with an American accent” which made me beam from ear to ear. Even though I wasn’t born to it my fellow Gooners had given me the seal of approval.

I will be rooting for all my lads in the upcoming World Cup and hope they all are big stars for their national teams; but already I am hopeful for next August and the new season when once again with high hopes I will join Gooners all over the world in cheering on the side.