Location, location, location is a widely known axiom in real estate. It also applies to wine making as well. For great wines to be made it requires a combination of the right amount of sunshine, the right temperature range, and the right kind of soil. These considerations are all combined in a single concept called terroir. Terroir loosely translates to “sense of place”. When the term was first coined I suspected that it was more a marketing ploy by France and California to continue to promote the idea that they were the premiere wine growing regions in the world. It wouldn’t be until the early Naughts that I actually came to believe in the concept and it wasn’t a French or California wine that convinced me it was one from Argentina. 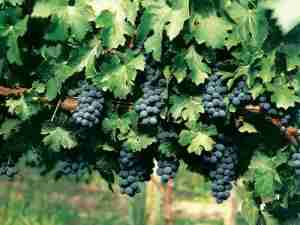 Malbec grapes on the vine in Mendoza

The malbec grape was a widely used blending grape for the French and California red wines. It was primarily used to soften some of the rougher edges a particular vintage might produce. By itself malbec was never considered to be a wine on its own because it just didn’t have enough character. In France after a particular rough winter in 1956 where most of the malbec vines were lost vintners gravitated to other varietals when replanting like cabernet franc. In California the opposite happened as it wasn’t until the mid-1990’s that malbec began to be produced in significant quantities for use as a blending grape.

I remember going to my favorite wine store in Boston and being offered this new wine from Argentina. i freely admit I’m a wine snob and so I expected this new wine from Argentina to be uninspiring. Except when I took my first sip the incredible texture and flavor made me reassess my thoughts on Argentinian wine making. When I asked what the wine was I was told it was Terrazas de los Andes Malbec. I was flummoxed; not only Argentinian but a flaccid tasting grape like malbec. How could this be? The answer was in the name of the wine I had tasted. 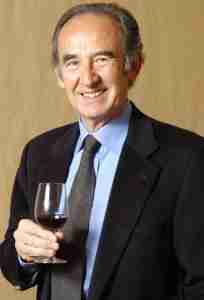 The introduction of the malbec grape came from French agronomist Miguel Pouget who brought some cuttings with him to Argentina in the mid-18th century. It wouldn’t be until 1994 when winemaker Nicolas Catena Zapata would decide to plant malbec grapes in the high-altitude of the Andes Mountains that these spectacular wines would be cultivated. His Bodega Catena vineyard is the result.

The region in the Andes known for this is called Mendoza. The vineyards that are in the region all exist from altitudes of 3,000-5,000 feet above sea level. The soil is also very flinty as you might expect from being on the side of a mountain range. You would also expect that being on the side of a mountain at altitude the grapes are exposed to a greater and more intense amount of sunlight. All of this is probably true and together they transform the malbec grape grown in Mendoza into one of the best red wines in the world. Terroir indeed. 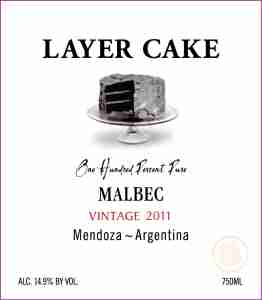 The malbec wine imported to the US is uniformly good and unlike most other big red wines is drinkable right away without further aging. These malbecs don’t have a lot of the tannins and harshness that require some mellowing by aging in the bottle. This quality makes them very accessible. What even makes them more accessible is the best malbecs are still available at less than $20 a bottle, often less than $15 a bottle. Compared to their French and California counterparts which are over a $100 a bottle these are fabulous bargains.

Malbecs go with any kind of meat dishes or robust tomato-based dishes. Whatever you would pair a cabernet sauvignon or Bordeaux with a malbec will serve just as well. The best vineyards are Terrazas de los Andes, Bodega Catena, Trapiche, Layer Cake, and Cigar Box. So far I can say there hasn’t been a poor vintage yet produced which is another oddity as the terroir seems to be remarkably stable in the conditions for the grapes to grow.

If you’re looking for a great red wine that doesn’t cost a lot heading into the fall and winter you just need to head to the Argentina aisle in your local wine store and say “Malbec please.”