I am not sure about the health of broadcast television. Based on the announcements of the new shows for next fall it seems like the current attitude is if it got big ratings in the past exhume it and put it back on the air. The cynic in me knows that if you can strum some nostalgic chords in even an older audience those are good enough ratings in this current television landscape. As much as it feels creatively bankrupt I admit I’ve watched with more enjoyment than not.

In a case where the absence was hardly long enough to miss it American Idol returned just two years after it was over. I planned on watching the first few episodes then leaving it alone until maybe the finale. Turns out the producers know a good formula and how to remind me of what it was I enjoyed about this singing competition.

For this revival the show changed networks from Fox to ABC. You might not see that as something worth noting except ABC is part of the Disney entertainment family. That means there were going to be no missed synergies throughout the season. In many ways American Idol is a reality version of the Disney theme “When You Wish Upon A Star”. Which leads to the other change; talent paired with heartwarming stories were accentuated in the audition rounds. There were the very occasional trolls and clueless divas but they were overwhelmed by the people who could sing. Which then made the second phase of the competition more fun to watch.

Because they allowed us as an audience to get to know more of the contestants when the Hollywood Week part where they cut down to a Top 24 I had rooting interests. This meant I felt sad when some of them succumbed to the pressure. It also gave me stronger attachments to the one who made it through. 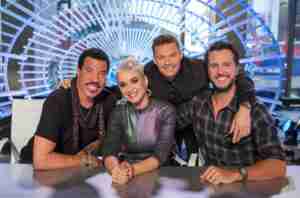 I want to talk about this year’s judging panel; Luke Bryan, Lionel Richie, and Katy Perry. They did a great job of finding a group of singers who filled all styles. They provided America an opportunity to vote for who and what style they liked best. They managed to also do this without becoming the focus of the show. That is my biggest problem with “The Voice” the panel are the stars not the singers. American Idol gets the balance right.

One final piece of my enjoyment of this year’s installment was the advancement of contestants who could sing. That meant a drag queen named Ada Vox made the Top 10. A young lesbian wife of a servicewoman made Top 7. The show was unafraid to put these out to America and allow them to decide if that was what their American Idol looked like.

Going into tomorrow’s final America wasn’t quite ready for that much change but the three contestants remaining have been among my favorites from the first weeks. I am going to have a difficult choice to see who gets my vote based on their performance.

Maybe bringing back the old isn’t such a bad idea after all.