Two of my favorite forms of literature are the hardboiled crime novel exemplified by Dashiell Hammett and Raymond Chandler. This form shows a corrupt society where a hero needs to function with his own set of rules. The other favorite is cyberpunk. The science-fiction genre which deals with near-future timeframes where it is slightly dystopian and all technological. Our heroes also have to follow their own specific code (pun not intended) to survive cyberspace. The basic foundation should be a perfect match for a clever author to combine the two. It seems like it is easier said than done. The best example is the 2002 book Altered Carbon by author Richard K. Morgan. 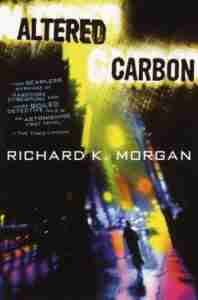 Mr. Morgan introduces us to a classic locked room mystery set in the morally ambiguous cyberpunk milieu. Our hero and narrator is Takeshi Kovacs. Before the prologue is over we are quickly introduced to a world where physical death is not the end. Everyone has a digital stack at the place where the spinal cord meets the cranium. In that stack is everything that makes you a person. It updates regularly and when you die that data is transferred to a new body. The bodies are referred to as sleeves. The only true death is to hold a gun directly on the stack and destroy that. The richest have lived for hundreds of years this way and are called Meths, short for Methuselah. One of the longest lived Meths is presumed to have committed suicide by putting a gun to his stack; in a locked study. When he wakes up in his new sleeve the last 48 hours are missing. He believes he was murdered and hires Takeshi Kovacs to find out the truth. 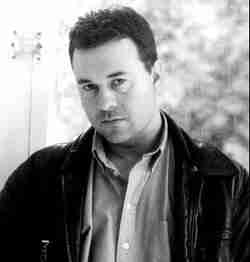 Mr. Morgan moves effortlessly between the two genres. Mr. Kovacs is the first person narrator with a style that could come from San Francisco of the 1940’s as easily as Bay City of the indeterminate future. The concept of immortality as a function of digitizing our consciousness is a classic cyberpunk theme. Live forever in the digital stream.

The story moves to a satisfying conclusion which lives up to both hardboiled and cyberpunk traditions.

I was very excited to hear that Netflix has ordered a 10-episode series adapting the book.

As we approach the beginning of the beach reading season if you want a well-done combo platter grab a copy of Altered Carbon.