Urban fantasy is one of my favorite genres of books. I really like it all but if I had to choose, I like the ones which feature a detective as a protagonist. Part of that is just seeing the classic tropes of hard-boiled crime fiction imposed on a fantasy background. When it is done well, I get two genres from one book. The new series from author Douglas Lumsden kicks off in style with “A Troll Walks into a Bar”. 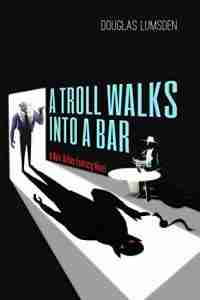 From the moment I saw the title I felt like this was going to be fun. Mr. Lumsden introduces us to Yerba City PI Alex Southerland in this first novel. It begins just as the title promises. The troll in this case is a member of the police force. He has a talk with Alex telling him not to take the case of a client who will be coming to see him, or else. Like all literary PIs he doesn’t like to be pushed around. 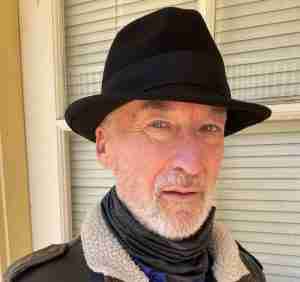 When the woman in question arrives the next day, she is this fantasy world’s version of a nymph who lives in the ocean. She is a classic femme fatale intent on using her looks and skill at lying to get what she wants. Alex knows he is being manipulated by both the troll and the nymph. That he will take the case is a given. It leads to a well plotted mystery which gives Alex all the trouble he is trying to avoid.

Mr. Lumsden melds all the influences deftly and this was a book I blew through. It is a great summer weekend read. He also released the second, “A Witch Steps into My Office” and third, “A Hag Rises from the Abyss” on the same day. I’ve read all of them and he is not a one-book wonder. The other novels have the same amount of fun weaving the genres together. This is exactly the what I look for in urban fantasy.

Disclosure: I purchased my copy of the books.