Anniversaries are moments to acknowledge the events which are important to you. This first weekend of September has two of them. The somber one is the 15th anniversary of the terrorist attacks of 9/11. It has been one of the most influential moments in the history of the United States continuing to affect nearly every American.

There is another anniversary which is much more pleasant to consider. On September 8, 1966 the first episode of Star Trek debuted on NBC. The existence of a television series in 1966 which showed a future where everyone worked together to explore the universe was a powerful message for entertainment to provide. Creator Gene Roddenberry has simply described the show to TV executives as similar to a current Western series “Wagon Train to the stars”. After numerous rejections it was Lucille Ball in her capacity as owner of Desilu Productions who saw the potential in the idea and gave Mr. Roddenberry a three-year development deal. He needed almost all of it as the road to that first episode was rocky. The first pilot was seen as “too cerebral” which sent Mr. Roddenberry back to the drawing board replacing the entire crew except the science officer played by Leonard Nimoy, Mr. Spock. Even after all of that the first episode to air was neither of the pilots it was one called “The Man Trap”. 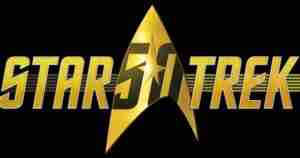 As a six-year old I knew none of this. All I had seen were commercials about a crew in space. Living in Florida we were in the state where rockets were carrying men into orbit. At this time, we had begun the effort to land a man on the moon but it was almost three years away. Star Trek was the elementary school version of a water cooler show. As I would walk with my friends to school on the Friday morning after a Thursday evening episode. It was all about, “Didja see the alien last night? Weren’t the Klingons gross? Green skin.” What was amazing was never did anyone of my friends question the make-up of the crew. A black woman, a Russian man, an Asian man; at that time prejudice and racism was out in the open. Yet here was a television show where nobody questioned the competence of these fictional characters.

The other message Star Trek provided was no matter how bleak things look with the USSR pointing nuclear missiles at us; in response to us pointing an equal amount back at them. Racial strife warming up in the bullpen. Women beginning to redefine their societal roles. Star Trek told us as a species humanity somehow figured it out. In the future we are all together as explorers.

Those were wider impacts. Personally Star Trek was where I began to believe science was cool. I say it at every career day I do my inspiration to become a chemist was Mr. Spock. It was Star Trek and that character that made me want to follow a career in science.

The incredible longevity of the brand over multiple series and movies is testament to Mr. Roddenberry’s first vision. The crews of every Star Trek version do take us on a Wagon Train in to the stars where we are allowed to see a future full of potential.